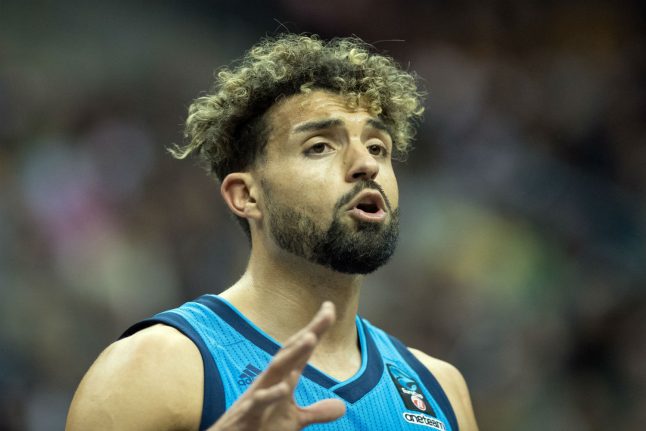 “We cannot be responsible for a permanent risk of infection, which the player Saibou represents to his teammates and to other teams” in the league, said the team's managing director Wolfgang Wiedlich in a statement.

Saibou was sacked for violating “the requirements of the current employment contract as a professional sportsman” said the club, which finished 15th in the Bundesliga last season, failing to reach the play-offs.

The Bonn club fired Saibou, who is seen as a liability with the German basketball league currently working on a hygiene concept for next season to allow fans to return, Wiedlich added.

Germany has recorded 211,281 cases of COVID-19 and 9,156 deaths, but the daily number of new infections is rising, having reached 950 in recent weeks, hitting levels not seen since May.

The 30-year-old point guard attended a demonstration against the anti-coronavirus measures in the heart of Berlin last Saturday which attracted around 20,000.

It was broken up by police in the late afternoon because few of those demonstrating were wearing masks or observing social distancing measures.

Saibou also posted a video on Instagram on Monday showing him training in a gym without a mask alongside national team-mate Maodo Lo.

Saibou, who has made 10 appearances for Germany, had also previously posted comments supporting conspiracy theories on social media and criticised the German government's handling of the pandemic.

“Joshiko Saibou had repeatedly voiced his stance on the pandemic, or the virus itself, on social media channels,” added the club in a statement.

“He also practised it at a large demonstration last weekend by deliberately violating the known protection rules.”

Saibou will not face consequences from the German Basketball Federation (DBB).

“We, as a federation distance ourselves from it, but we also accept that Joshiko Saibou has a different of opinion”, DBB president Ingo Weiss told AFP subsidiary SID on Tuesday.