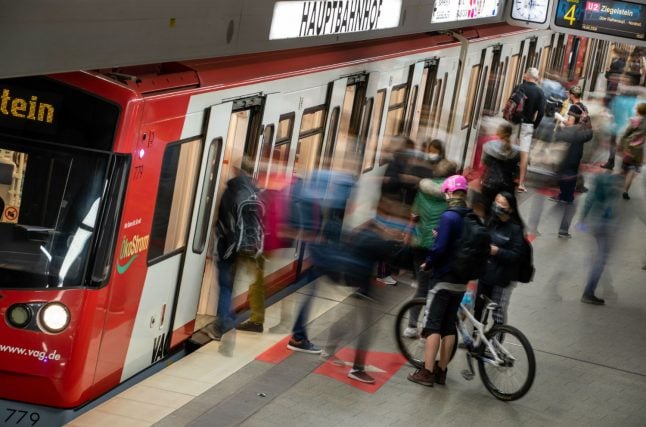 On top of existing voluntary test centres at Bavarian airports, tests will now be offered at the Munich and Nuremberg train stations, as well as on three major motorway routes near the border, state premier Markus Söder told a press conference.

“We cannot completely prevent corona, so the goal must be to detect it in time to stop it from spreading,” he said.

According to the plan, test stations will also be built around the Germany-Austrian border at the crossings in Walserberg, Austria, as well as Pocking and Kiefersfelden in Bavaria.

Söder also joined a growing chorus of calls for tests to become compulsory for holidaymakers returning to Germany.

“We are preparing everything so that if the federal government gives the go-ahead, we can implement it immediately,” he said.

Söder tweeted about the plans.

He added that he's worried about several small hotspots that could get worse as the holiday season continues. School holidays begin this week in Bavaria.

“My concern is not that there is one big Ischgl, but rather many mini-Ischgls,” said Söder referencing the former coronavirus hotspot in Austria. “Corona comes sneaking back, but with all its might.”

A new round of talks were under way on Monday, with the chancellery welcoming the discussion on imposing such tests for travellers returning to Germany.

“Most people who take up the voluntary offer (for tests) are the ones who take care when they are on holidays, while those who are careless” do not, chancellery chief of staff Helge Braun said in an interview with public radio RBB.

READ ALSO: Free coronavirus tests for everyone in Bavaria – what you need to know

Amid the deliberations over summer travel, some 500 workers were sent into quarantine on a large Bavarian farm at the weekend in order to contain a mass coronavirus outbreak.

At least 174 seasonal workers have tested positive for the virus on the farm in the municipality of Mamming, most of them from Hungary, Romania, Bulgaria and Ukraine.

Söder said Monday that Bavaria would test all seasonal farm workers in the state and increase fines for farms that breach regulations to €25,000 ($27,350) — five times more than the current penalty.

Germany has fared better than many of its neighbours in suppressing the virus, reporting just over 200,000 cases and 9,118 deaths to date, according to the Robert Koch Institute for disease control.

But the country has also been hit by repeated coronavirus outbreaks at slaughterhouses, keeping authorities on high alert.