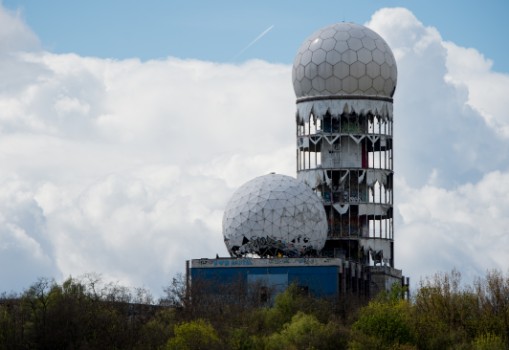 On presenting its annual report this week, the German domestic spy agency, the BfV, confirmed that it was carrying out an investigation into a government worker suspected of spying for Egypt.

Little further information about the investigation has been confirmed – the government is refusing to comment. All that is known is that the suspect worked in Angela Merkel’s press office and was born in Egypt but is a German citizen.

Coming after the murder of a Cechnian dissident in a Berlin park last year, apparently on orders from Russia, and the kidnapping of a Vietnamese fugitive businessman in the Tiergarten in 2017, the incident has increased talk of Berlin once again being city of cloak-and-daggers spook activities worthy of a le Carre novel.

Russia is believed to have been behind a major hack on the email accounts of German MPs including Merkel's in 2015.

But it's not just hostile states that are up to it. During the Obama administration, the revelation that the US was spying on Merkel’s mobile phone put a huge strain on bilateral relations between Washington and Berlin.

When Thomas Haldenwang, head of the BfV, visited the Bundestag two weeks ago, MP Armin Schuster asked him: “Do I have the wrong impression – or is Berlin currently trying to replace Vienna as the city of spies? Or what is going on here?”

“Herr Schuster, my impression is that Berlin has been the capital of spies for some time now and has clearly outstripped other cities,” he replied.

During the Cold War, Berlin brought east and west into direct contact like no other city. Already in the 1950s it had gained a reputation as a centre of espionage.

Early in the war British and US intelligence agencies tunnelled under East Berlin to tap into government phone lines. Later they erected the listening post at Teufelsberg, which still stands today.

In the case of the Egyptian spy, Berlin denies that the man had access to highly sensitive data.

A government spokesperson said that the man's rank meant that “direct access to databases of the Federal Press Office, accreditation and media support, was not possible”.

Whether the spy’s main activities were aimed against the German state or Egyptian opposition figures resident in Germany is also unclear.

The BfV says that Cairo runs two spy agencies active in Germany. Both seek to eavesdrop on conversations being carried out by Egyptian opposition figures in exile.