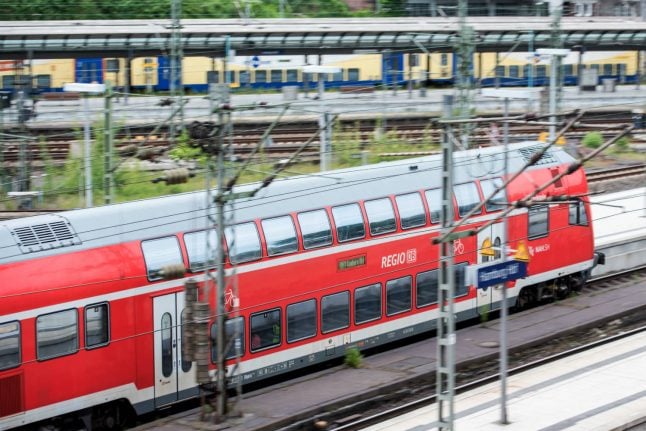 A Deutsche Bahn regional train in Hamburg in

It will be possible, for example, to travel between Berlin and Hamburg twice an hour, said Federal Transport Minister Andreas Scheuer, of the centre right CSU, to German newspaper Bild am Sonntag.

Additional routes are still being planned, and will appear in DB's next train timetable, set to go into effect on December 14th.

The new routes are part of the Deutschlandtakt, or a plan to make train connections in Germany more reliable and punctual, and shorten travel times.

“The Bahn will deliver. The customer will feel this through the Deutschlandtakt, which has been talked about for years and which we are now launching,” said Scheuer.

As part of the plan, it will be possible to find twice hourly connections between large cities such as Hamburg, Berlin, Munich or Frankfurt.

Those changing trains can then board a regional train within 15 minutes, which will then transport them to smaller city destinations.

Getting back on track

Scheuer is gearing up to sign a Schienenpakt (Railway Pact) with the train industry and its associations on Tuesday in order to strengthen the industry as a whole.

One of its major goals will be improving punctuality in long-distance train traffic, which Deutsche Bahn has struggled with for years.

Only since the coronavirus crisis, when fewer trains and, above all, notably fewer passengers travelled by train, have trains run significantly more punctually.

In April, 88.6 percent of all long-distance trains reached their destination on time.

In May, the figure was 86.3 percent – or 6.5 percentage points more than in the same month last year. A train is considered punctual if its scheduled arrival is exceeded by less than six minutes.

The Deutschlandtakt is a central component of a joint plan for the future of the railways, which the federal government has been hammering out over the past two years together with Deutsche Bahn, rail competitors and transport associations.