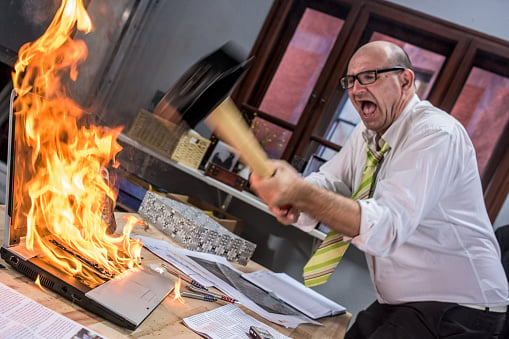 But many expats have failed miserably with a vital ingredient for true integration: private liability insurance. While not compulsory, it’s widely seen as essential protection against the risk of harming another person or their material things; almost nine in ten Germans have it.

In partnership with Coya Insurance, The Local presents five pathetic excuses (we were being kind when we said ‘reasons’ in the headline) that explain why so many expats in Germany don’t have private liability insurance.

Wunderbar! Get your offer in under two minutes and stop being a danger to your hosts!

1. Too boring to bother with

Private liability insurance doesn’t even exist in many countries. You never gave it any thought at home and feel entitled to glaze over on the – oddly regular – occasions when your German friends animatedly start talking insurance. If you did listen up, you’d probably learn that Germans would consider it crazy to hang out with someone not covered.

Dropped and smashed someone’s phone while taking a photo? Set a friend or colleague’s laptop on fire (or perhaps just spilled coffee all over it)? You’d be better off blaming a mystery doppelgänger than claiming not to know about private liability insurance

Or better still, finding out about coverage with Coya before you get hit where it hurts (your wallet, not your privates … although you never know. Life is risky!). 2. You want nothing serious (with the German you’re dating …)

We admit it: it’s a great plan if you secretly want to get dumped. Germans really are obsessed with insurance. Your new love interest may well bid you ‘auf Wiedersehen’ on learning of your naive or reckless attitude to the risk your existence poses to others.

But imagine your short-lived sweetheart’s schadenfreude on learning you’ve later been landed with a major bill. Involvement in an accident where someone is badly hurt could leave you bearing financial costs running into hundreds of thousands of euros – or more.

Coya can cover you for up to €30 million of damage – not bad for something that costs under €100 per year.

Achtung Baby! Don’t get dumped and end up with a damaging bill – get your offer now

3. Bureaucracy gives you the blues

Poor you. You filled in all those government immigration forms so neatly. You also took great care with your banking application. And health insurance plan. And tax return. And … you really deserve a break from bureaucracy!

With Coya, you can get a personal offer in a couple of minutes after answering a couple of quick questions. Find out everything you need to know on its website or by addressing any questions to its team via calls, SMS or Facebook – with WhatsApp services coming soon.

A policy will also defend you against potential litigation related to an accident – dealing with that alone would be the real bureaucratic nightmare.

Private liability insurance sounds obscure. Haftpflichtversicherung – its German name – sounds like a headache-inducing nightmare. If that’s just the name, who could face going through a whole contract?

Even if you speak respectable German, complicated insurance and legal terminology might prove difficult to grasp. German companies also love hiding the ‘gut zu wissen’ (good to know) section at the end. You will read all 600 or so pages, right?

At Coya, the commitment to English doesn’t end with its website and customer communications – you can get your entire policy in English too. Gut zu wissen, nein?

Perhaps you’re a contract worker spending a couple of years abroad or a student? Why bother taking on extra responsibilities when you don’t plan to stay in Germany long-term?

Like it or not, it’s fanciful to think the rules don’t apply to you because your move is temporary. You will be held responsible by your neighbour if your child smashes their window with a football or you spill red wine over their carpet at a party. Sometimes problems spiral out of control. What if your nice neighbour then faints and suffers a nasty bang to their head when they find out you were a devil-may-care outsider posing as a responsible adult?

Need a quick recap? Those five excuses in full:

Congratulations! Now, you’ve got your head around private liability insurance, you’re on the cusp of becoming socially acceptable to Germans.

To appear truly intelligent and interesting, read up on home contents insurance too. Fascinate your friends by explaining how the clauses cover everything from a leaky washing machine flooding your apartment to getting mugged on holiday!

Even your pet dog or cat will be covered, along with all your home items, against fire, water damage, storms and burglary or theft.

Last but not least, who doesn't love a good tale about the importance of protecting your keys? With Coya, both home contents and private liability insurance will cover you for lost keys.

Ready for real integration? Get a personal offer for private liability insurance in Germany in under two minutes – then why not find out more about home contents insurance too? 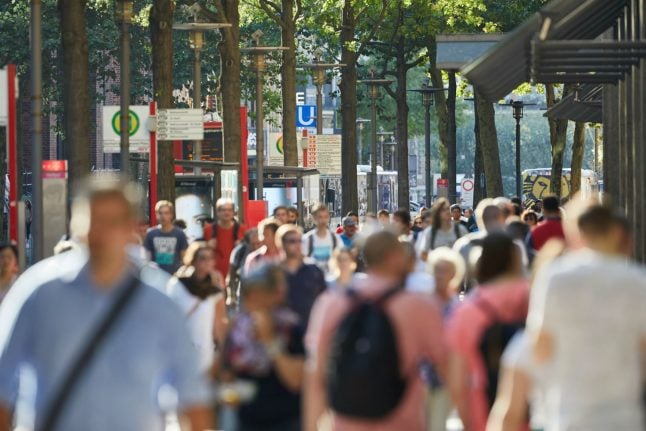 The proportion of people with a migration background in Germany is continuing to increase – but growth is slowing down, the new figures show.

According to Destatis, the number rose last year to 21.2 million people – or 26 percent of the population, which currently stands at about 83 million.

Someone is considered to have a migrant background if they or at least one parent was born without German citizenship.

Of the 21.2 million, almost two-thirds (65 percent) – or 13.8 million people – have a migration background in another European country. Of those, 7.5 million have roots in other EU member states.

A total of 4.6 million people, or 22 percent, have roots in Asia, of which 3.2 million have a connection to the Middle East.

According to the data, almost one million people (five percent) have roots in Africa.

Around 568,000 people (three percent) have a migration background in North, Central and South America and Australia.

A total of 13 percent have roots in Turkey, followed by Poland (11 percent) and Russia (seven percent).

More than half in cleaning jobs have migration background

In view of the coronavirus crisis, researchers placed a special focus this year on jobs. They found people with a migration background were overrepresented in frontline jobs where the risk of contracting Covid-19 is higher.

According to the survey, 55 percent of all employees in cleaning occupations had a migration background in 2019, with 38 percent working in warehouses (including mail and delivery and goods handling) and 38 percent in food and drink production.

Meanwhile, 30 percent of those employed in the care of the elderly had a migration background. Migrants and those with a migrant background were also slightly overrepresented in the sale of food in relation to the total population (28 percent).

By contrast, people with a migration background were underrepresented in medical health care professions (21 percent), in teaching at schools (11 percent) and in the police and criminal investigation services as well as the courts and prisons (7 percent).

The statistics, which are put together every year, were extrapolated from a micro-census which was undertaken in a select number of German households.

Number of migrants set to rise in Germany

In the next two decades every third person in Germany will have migrant roots or be a migrant themselves, according to experts.

By 2040, about 35 percent of Germany's population will have a migration background, according to Herbert Brücker, who is in charge of the migration research department at the Federal Institute for Employment Research (IAB).

READ ALSO: One in three people in Germany 'will have migrant background in 20 years'

He said: “Currently, about a quarter of the people in Germany have a migrant background. In 20 years, it will be at least 35 percent, but could also be more than 40 percent.”