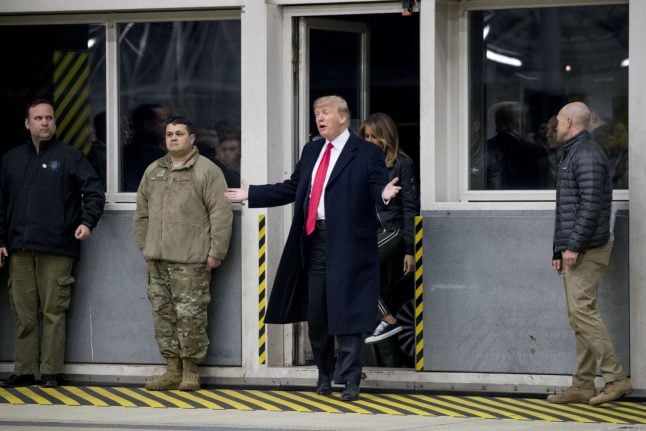 The US defence ministry has informed representatives of the German parliament's defence committee of the plans to push ahead with the scheduled war games, sources within the committee told AFP.

“The soldiers from the US will carry out from July 10th the exercise at the Bergen/Münster military training area together with 400 US military personnel already stationed in Germany,” said one of the sources.

The German government on Wednesday confirmed that the Trump administration has informed Berlin it is considering cutting the number of US troops in Germany, a move critics say could undermine the NATO alliance.

The Wall Street Journal reported last week that President Donald Trump wants to withdraw some 9,500 troops from the 34,500 currently permanently based in Germany.

No further details were given and there has been no confirmation from US officials about the plan.

Alexander Neu, an MP from the far-left Die Linke party, criticised the restart of the military exercise.

“This is absolutely unacceptable not only in view of the global coronavirus pandemic in which we still find ourselves, but also for peace policy reasons,” he said.

But trans-Atlantic ties have become strained under Trump, and the US leader has repeatedly lashed out at Germany for not spending more on defence in line with NATO targets.

Originally planned to be the largest joint US-Europe war games in 25 years, the Defender Europe 20 drills were supposed to involve about 37,000 soldiers from 18 NATO countries, including 20,000 from the US.

The manoeuvres were to begin in May in Germany, Poland and the Baltic States.

The operation partly resumed last week in Poland, where 4,000 US troops will participate in exercises until June 19 at the northern Drawsko Pomorskie military training range.