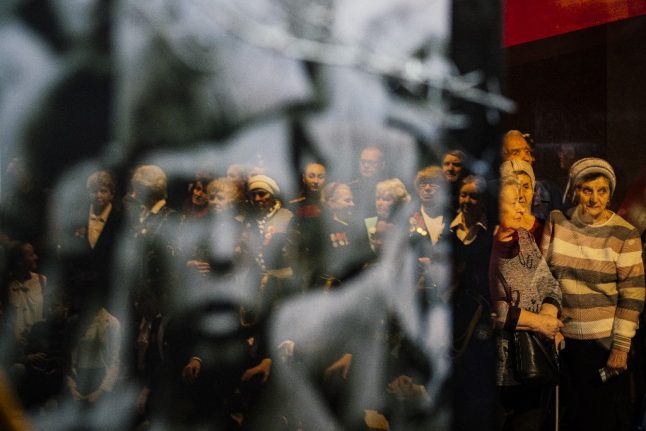 The investigation was opened following findings in historical archives about killings in several locations in southern Russia's Rostov region, including Zmiyovskaya Balka, a village where “no less than 27,000 people” were shot by firing squad.

The massacres in August 1942 were perpetrated by the Einsatzkommando 10a death squad, “under the pretext of resettling the civilian population of Jewish nationality and Communist party members,” the Investigative Committee said in a statement.

The committee is relying on documents unearthed by the Russian Historical Society which studied classified files as well as other materials, including children's essays.

A video published by the investigators alleged that a Ukrainian living in Canada was involved in the Zmiyovskaya Balka massacre.

Helmut Oberlander, 96, is fighting a court decision to strip him of his Canadian citizenship.

Oberlander claims he was forcibly conscripted by the Nazis and that he only acted as an interpreter for the death squad.

He and his family have started a new round of appeals, saying he is too feeble to be deported to Germany or to stand trial.

The Simon Wiesenthal Centre has consistently put Oberlander on its most wanted list of Nazi war criminals. He is one of just a handful who are still living.

Another massacre that is part of the new Russian probe involves over 3,500 residents of the town Shakhty, who were killed and dropped into an abandoned mine.

The third incident is the 500 people shot by security police in the village Gruzinov some time before February 14, 1943.

Russia this year will mark 75 years since the Soviet victory over Nazi forces. A huge celebration planned for May 9 however is threatened by the restrictions imposed during the coronavirus pandemic.

Nazi forces occupied large parts of western and southern Russia between 1941 and 1944.