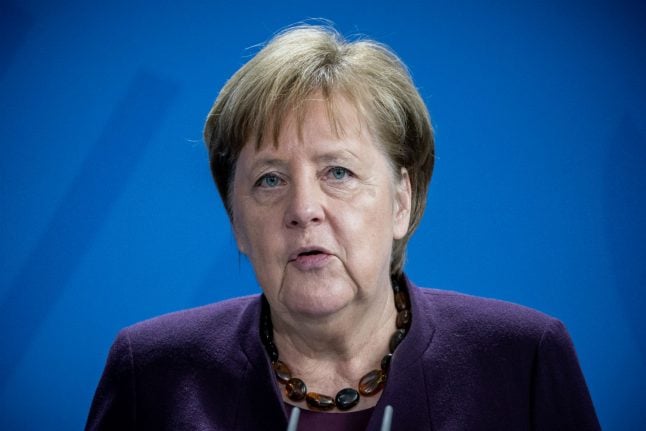 Chancellor Angela Merkel (CDU) said that she could not yet name such a exit date for restrictions on public life – currently in place until April 19th – and that this would be “irresponsible” in the current situation.

“We would be a bad government if we were to name a date now,” Merkel said at a press conference on Monday, referring to a possible relaxation of the current coronavirus rules which mandate closures of non-essential businesses and severely limit public life.

A return to normalcy?

However, a draft action plan by Germany's Interior Ministry spoke of a return to normality, reported news agency Reuters, using mechanisms that will make it possible to trace more than 80 percent of people with whom an infected person had contact within 24 hours of diagnosis.

Those confirmed to be infected – and those they had contact with – with would be quarantined, either at home or in hotels.

According to the report, retail stores and restaurants could reopen on April 19th, and in certain regions, schools would also welcome students again. Large events and private celebrations would remain prohibited for the time being, however.

Furthermore, according to the report, face masks will be made mandatory in buses, trains, factories and buildings as soon as a sufficient stock is made available.

However, Merkel did not comment on this on Monday.

In her weekly podcast published on Friday evening, the Chancellor said that she would “act absolutely irresponsibly if today I were simply to give you a concrete day on which the measures could be lifted or at least eased, but then not keep this promise because the infection figures do not allow it”.

She added that “we're all going to have a very different Easter than ever before”.

Seibert also praised Germans, saying that the majority were sticking to the restrictions.

Neighbouring Austria announced on Monday that it will ease its lockdown restrictions on April 14th, when it will allow some non-essential shops to reopen under strict hygiene measures.

The coronavirus pandemic is the biggest test that the EU has faced in its history, Merkel added on Monday, stressing that Germany is “ready to contribute” to boosting the bloc.

“In my view… the European Union stands before the biggest test since its founding,” Merkel told journalists ahead of a key eurozone finance ministers' conference to draw up an economic rescue plan for the bloc.

“Everyone is just as affected as the other, and therefore, it is in everyone's interest, and it is in Germany's interest for Europe to emerge strong from this test.”

Discussions between EU leaders over what a possible aid package would consist of have been fraught with nations hardest hit in the health crisis pitted against economically stronger countries.

Italy, France and Spain have been imploring Germany, Austria and the Netherlands for common debt facilities to cushion the economic impact of the virus.

But conservative politicians in the north fear the plans would mean the eventual mutualisation of all sovereign debts and their taxpayers footing the bill for supposed southern profligacy.

At Monday's press conference, Merkel reiterated her government's stance of activating the European Stability Mechanism bailout fund, which German Finance Minister Olaf Scholz has said could be triggered “with no senseless conditions” to help struggling states.

But she made no mention of the controversial common debt facilities dubbed “coronabonds”.

Merkel also said a lesson to be learnt from the pandemic was that Europe needed to develop “self-sufficiency” in manufacturing of crucial medical gear such as masks.

“Regardless of the fact that this market is presently installed in Asia… we need a certain self-sufficiency, or at least a pillar of our own manufacturing” in Germany or elsewhere in the European Union, she said.