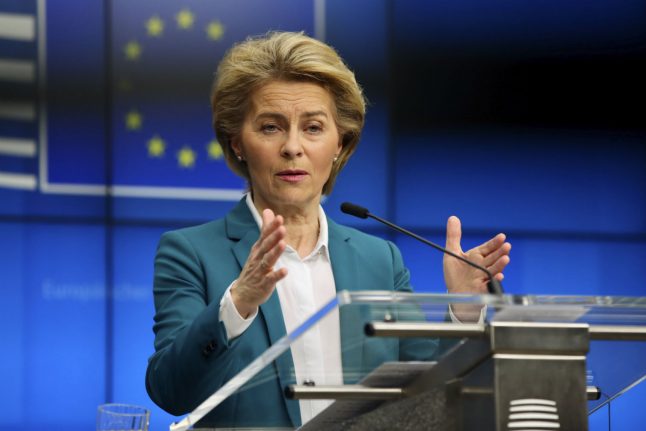 “I think that all of us who are not experts initially underestimated the coronavirus,” Ursula von der Leyen told Germany's Bild newspaper in an interview published Wednesday.

“But now it is clear that this is a virus that will keep us busy for a long time yet.”

“We understand that measures that seemed drastic two or three weeks ago, need to be taken now,” she added.

The coronavirus outbreak, which first emerged in China late last year, has quickly marched across the globe, infecting nearly 200,000 people and killing 7,900 as governments scramble to contain it.

As of Wednesday morning, there have been 9,360 confirmed cases in Germany, and 26 deaths, according to data from Johns Hopkins University and the Robert Koch Institute. Over a third of those cases are in the country's most populous state of North Rhine-Westphalia.

But von der Leyen rejected the language of French president Emmanuel Macron, who likened the outbreak to war this week, and ordered almost the entire population to stay at home for at least two weeks.

“I will not personally use that term but I understand the motivation of the French president as the coronavirus is a worrying enemy.”

Germany's economy minister Peter Altmaier said the United States under Donald Trump had taken the threat of the virus even more lightly.

“The outbreak of the crisis was probably underestimated even more so in the US than in some countries in Europe,” Peter Altmaier told Germany's regional press group Funke.

“That is the reason we very much hope that the US will manage to control the situation, also in our own interest,” he added.

“No-one hopes that the US economy would fall into an uncontrolled recession.”