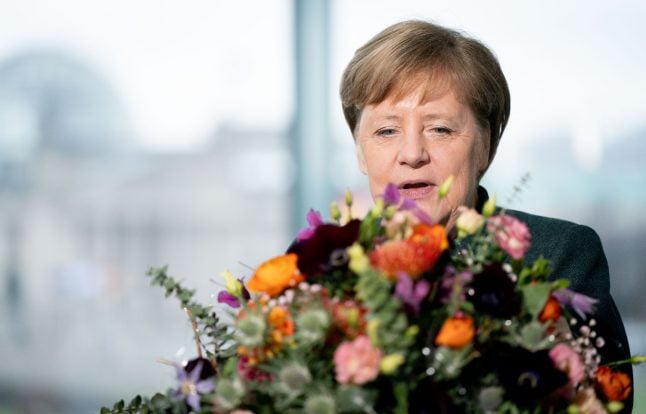 German politics is anything but dull at the moment, and the latest chapter adds to the uncertainty of what happens next. Here's a breakdown.

Annegret Kramp-Karrenbauer, who took over as leader of the Christian Democratic Union (CDU) from German Chancellor Angela Merkel in December 2018, announced on Monday she would quit later this year after a vote debacle involving her party and the far-right Alternative for Germany (AfD) in the central-eastern state of Thuringia.

Kramp-Karrenbauer’s decision not to stand for chancellor in the race to succeed veteran Merkel – or continue as leader of the CDU – plunges the party into disarray over where it stands politically and its game plan for the future. This in turn has a major impact on the German political landscape.

But does the party recognize this fully?

Dresden-based political scientist Werner Patzelt believes the CDU – once one of Germany's thriving 'Volkspartei' (people's party) but haemorrhaging support in recent years – is still in denial about how bad things are.

“The CDU as far as I can see has not yet accepted that it is in a deep crisis,” Patzelt told The Local.

Under Merkel, the party has undoubtedly moved to the centre. Many argue that Merkel’s open-door immigration policy created a vortex that resulted in support for the far-right anti-immigration AfD growing exponentially.

Now the party is split, and Kramp-Karrenbauer's leadership has failed to bring it onto the same page.

“There’s a significant number in the CDU who believe the policies by Angela Merkel have been just great for the CDU,” said Patzelt.

“There is another group that says the CDU has suffered from severe losses during elections, and that the CDU has allowed the AfD to conquer political territory occupied by the CDU by turning away right-wing orientated people and allowing the AfD to take political positions that have been held by the CDU, not even 10 years ago.

So what happens next?

The CDU will need to find a new leader and a candidate for the German chancellorship.

A recent poll found Merz would was the most popular choice. Graph created for the The Local by Statista. Photo: DPA

Lastly there's Markus Söder, head of the CDU’s Bavarian sister party, the Christian Social Union (CSU),  who is seen as having a more distant shot at the chancellery – and may not even want to throw his hat in the ring.

In the coming days and weeks other possible candidates could surface.

READ MORE: From 'avenger' to 'anti-Merkel': Who could be Germany's next chancellor?

What will happen to Merkel?

Commentators in Germany never pass up the chance to mull over when Merkel's time is coming to an end. And it's no different this time.

But now that her party's leadership is up in the air, there really could be massive implications on her plans to stay in the chancellor's seat until her fourth term ends next year.

“It's very possible that the chancellor's exit is coming closer,” Süddeutsche Zeitung said on Monday.

Kramp-Karrenbauer said Monday that “separating the office of chancellor and the party chairmanship is weakening the CDU,” – an implicit rebuke to Merkel's 2018 decision to split the two.

Merkel gave up on the party leadership then as a string of regional defeats and the growth of the far right undermined her popularity within her own ranks.

Merkel, who has been in power since 2005, announced at that time that she would not run again for the highest office.

“This is the next crisis within the CDU,” said Patzelt. “Kramp-Karrenbauer says it makes no sense to distinguish between the candidate for the chancellorship and the party chairman.”

Patzelt said Merkel could have to “retreat from office” earlier than she planned “making place for her successor as chancellor or at least as chancellor candidate”.

“And whether Angela Merkel will do so for the likes of Merz is an open question,” he added.

Germany's next national elections must take place by autumn next year, although the fragile coalition between the CDU, its Bavarian CSU allies and the SPD may not hold until then.

What is this to do with Thuringia?

The CDU has a policy of no cooperation with either far-left or far-right at a national level, but regional CDU politicians went rogue during a vote to elect the new state premier in Thuringia last week – and voted with MPs from the AfD to oust far-left state premier Bodo Ramelow.

The breach in the political dam towards the AfD in Thuringia prompted Merkel's junior partners in the national government, the Social Democratic Party (SPD), to call urgent talks at the weekend about the partnership's future.

The fiasco also highlighted AKK's lack of authority over her party, resulting in political turmoil and coming to a head with her announcement she would step down.

The effects of Thuringia have created fear that the far-right could have a greater foothold in mainstream German politics.

The CDU must clarify its relationship to far-right extremists,” SPD co-leader Norbert Walter-Borjans told a press conference on Monday.

Centre-left SPD ministers will not work with a party “that leaves room for far-right forces,” he added. SPD leaders Norbert Walter-Borjans and Saskia Eskens made a statement on Monday about the CDU. They spoke in front of a sign, “Distribute fairly”. Photo: DPA

Patzelt said the drama in Thuringia reflects the CDU's difficulties because the party hasn't come to grips with the fact it is a “minor party” .

“It's not surprising that the party chairman has to step down.”

Aside from the Thuringia episode, Kramp-Karrenbauer, 57, who's also Defence Minister, hasn't fared that well as leader, although she sought to stand apart from Merkel's centrist stance, by championing a tougher stance on asylum seekers and floated the idea of reintroducing compulsory military service.

Ultimately she was weakened by election results, particularly in eastern Germany's former communist states, where the support fell to the AfD.

AKK also walked into a few blunders, such as a transgender bathroom joke that backfired and a response to a YouTube star's video.

Will the CDU ever work with the AfD?

It’s not impossible but it’s not likely in the near future, said Patzelt.

“Everyone who gets close to the AfD is committing political suicide,” he added, pointing to the Thuringia debacle.

But in five or 10 years, if the AfD decides to become a “normal party in the framework of the German political party system”, then it has more of a chance of being accepted by mainstream parties.

“The only thing we know for sure is that the CDU is going into a time of trouble and turmoil,” said Patzelt.