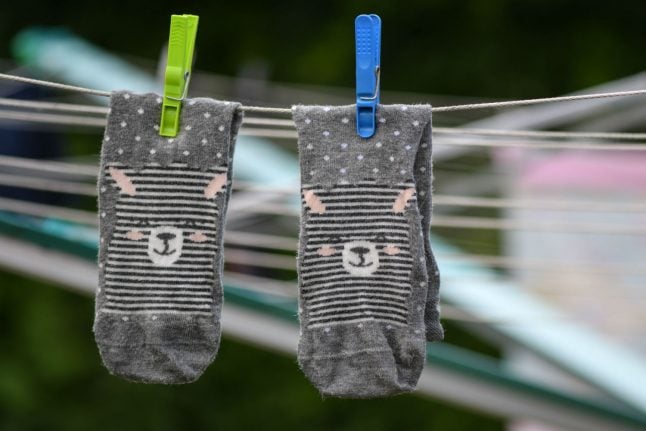 Socks drying on a 'Wäscheständer' in Brandenburg this summer. Photo: DPA

In the U.S., most homes have a clothes washer and dryer. Here in Germany, not so. While washing machines are common, most everyone uses a fold-out rack to dry their clothes, called a Wäscheständer. This method of drying requires no electricity — only patience.

Nearly three-quarters of the energy expenditure for a load of laundry comes from using a dryer, so hanging clothes to dry makes a significant difference.

Air conditioning is rare in Germany.

It’s no secret that air conditioning is hard to come by in Germany. Only 1-2 percent of German homes and half of office buildings have A/C (according to 2011 data), so Germans deal with hot days by using fans, opening and closing windows strategically, or jumping in a lake to cool off.

READ ALSO: Ditching AC for 'Hitzefrei': Taking on the German summer as a Californian

Meanwhile, more than 90% of households have A/C in the U.S., and access to air conditioned spaces can save lives when temperatures reach dangerously hot levels– something we’ll see with greater frequency as the planet continues to warm. 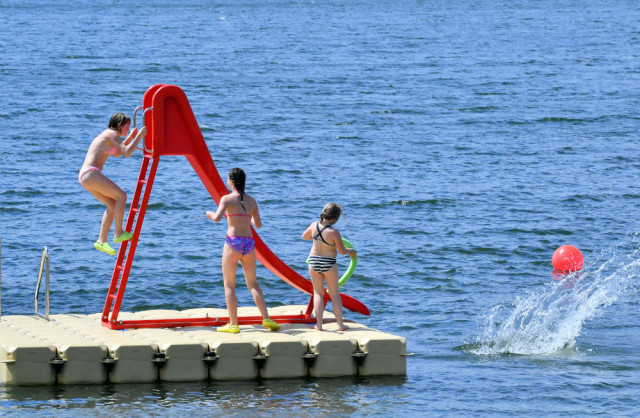 Germans cooling down by jumping in the Zeulenroda swimming lake in Thuringia. Photo: DPA

But without a doubt, A/C’s scarcity in Germany forces people to find other, more energy-efficient ways to cool down. And it eliminates the madness of summer in the U.S., where it’s sweltering outside but you have to carry a sweater everywhere, because the indoors are conditioned to freezing.

The International Energy Agency warns that the growing use of air conditioning in homes and offices around the world will be one of the primary drivers of global electricity demand in the coming decades, with energy demand for AC expected to triple by 2050. We’d all be better off if the U.S. used less air conditioning, rather than the rest of the world adopting Americans’ reliance on it. 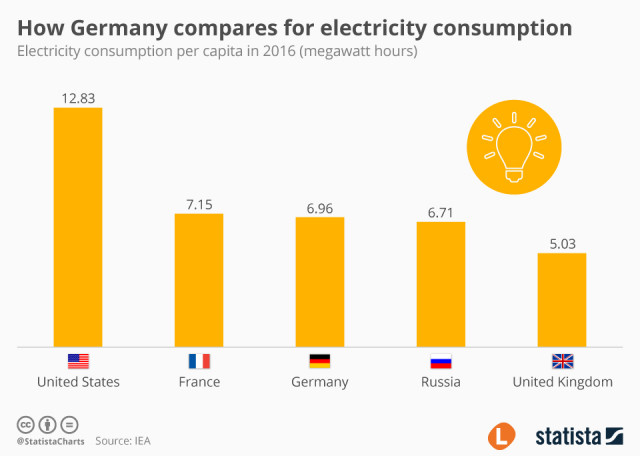 Germans tend to live in apartments, not standalone houses.

Living in apartments, in general, is better for the environment: multi-unit homes mean heat can be used more efficiently and more green space can be left undeveloped. Denser housing typically means more schools, shops, and restaurants that can be reached on foot or transit.

Germans don’t drive as much.

This has a major impact on how we get around: in most of the U.S., a car is vital for transportation. In Germany, however, the greater density of housing means that it’s easier for people to get around by walking, biking, or transit.

Researchers have found that Germans are five times as likely as Americans to travel by transit. As CityLab reported in 2012, about 88 percent of Germans live within a kilometer of a transit stop, compared with 43 percent of Americans. Germans use transit more than Americans in part because it’s much easier to use transit. 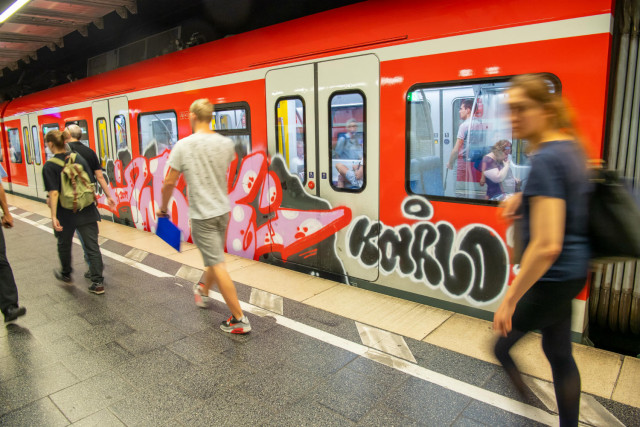 Nearly everyone brings their own bag to the grocery store.

Pushed along by bans or fees for plastic bags in many locations, Americans are starting to get on the bring-your-own-bag train.

But go to any grocery store in Berlin and it’s hard to even see a plastic bag, and you certainly aren’t offered one. As of 2020, plastic shopping bags will be completely banned in Germany.

That means that I pretty much always carry a canvas bag when I head to work, just in case I might go shopping. Or if I forget, I only buy what my hands can hold.

But not everything is greener in Germany.

It’s far more common to be in smoke-filled bars and restaurants in Germany than it is in the U.S. A quarter of Germans over age 15 are smokers, compared to 14 percent of U.S. adults. From discarded cigarette butts to accidental fires to deforestation for tobacco growing, smoking is a habit with real environmental consequences — in addition to polluting the air of others in the room.

And then there’s water. Most restaurants in Germany won’t serve tap water, forcing you to order bottled water if you’re thirsty. While it may be good for restaurant coffers, it’s bad for the environment — and for perennially thirsty people like me.

It's no secret that Americans use a lot of energy in our daily lives. The lesson I've learned from Germany is that by making the greener option the default, I save energy without even thinking about it — and it doesn't feel like a sacrifice, either.