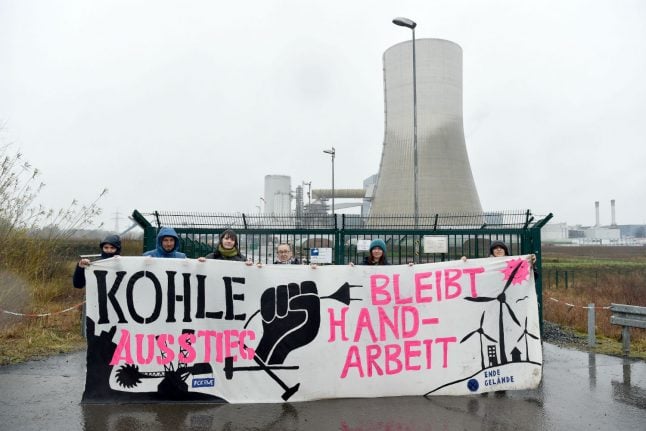 The organizers, a protest group called Ende Gelände (Game Over), put the number at 150.

The group said in a statement that their activists were “blocking crucial infrastructure”.

“Their action of civil disobedience is a protest against the coal law of the German government,” they said.

The protest ended in the late afternoon, organisers said, while the power station operator announced legal action against the demonstrators.

“Our protest today is just the beginning,” said Kathrin Henneberger, a spokeswoman for Ende Gelände.

On Wednesday, ministers signed off on a 202-page draft law — under the clunky German title of “Kohleverstromungsbeendigungsgesetz” — to exit from coal by 2038 at the latest, by which time all coal-fired power plants and coal mines in Germany should be inactive.

However, environmentalists say the law is too little, too late.

Plant shutdowns are due to start on December 31st this year with one mine to be closed at Garzweiler, just west of Cologne.
The government view is that it makes more sense to close down old and more polluting plants rather than scrap the opening of Datteln 4.
“The law is a disaster,” said Henneberger. “We cannot continue burning coal for 18 years.”
In a plan adopted last month, Germany set itself the target of reducing greenhouse gas emissions by 55 percent compared to 1990 levels by 2030, although it is set to miss its 2020 climate targets.
Berlin has promised to set aside €4.35 billion to help coal plant operators offset shutdown costs and aid the coal phase-out.
READ ALSO: Germany backs speedier 'shutdown plan' for coal mines
Employees working in the sector will also receive assistance while €40 billion of aid has been earmarked for mining regions through to 2038.
November saw activists block coal mines in the Lausitz Basin in eastern Germany and Ende Geläde is planning further protests in August at lignite mines in the west of the country.
The anti-coal movement has been gaining support in Germany since a 2011 decision to scrap atomic energy led to an increased dependence on coal. 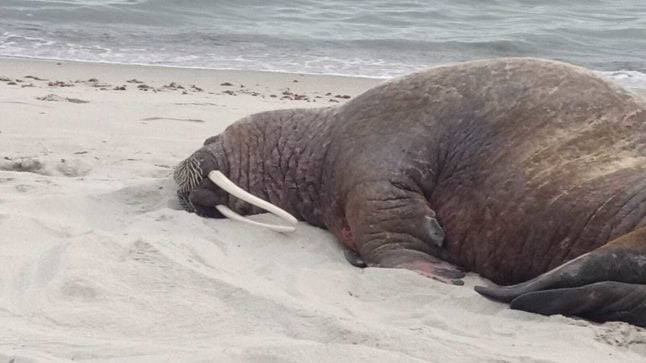