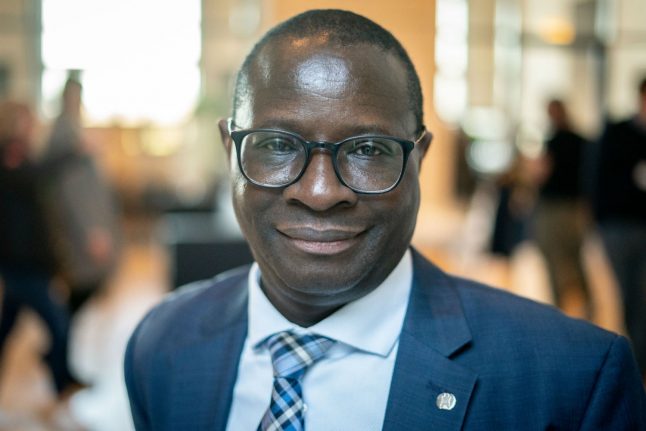 Diambly at a Bundestag meeting in January. Photo: DPA

Karamba Diaby, a lawmaker for the centre-left Social Democratic Party (SPD), told German media that he had received the anonymous threat by email, which was reportedly signed with the words “Sieg Heil” and “Heil Hitler”.

“I am taking the threat very seriously and have informed the police immediately,” Diaby told the DPA news agency on Thursday.

“Investigations have been started without delay and measures have been taken to protect me.”

The threat comes just days after Diaby tweeted a picture of three holes in his office window, which investigators believe were made by plastic pellets shot from an “airsoft” gun.

Regional newspaper Mitteldeutsche Zeitung said they had also received a copy of the threatening e-mail.

The newspaper reported that it was signed by a group calling themselves the “coup d'etat orchestra”, and made reference to the recent killing of conservative politician Walter Lübcke.

Lübcke, an advocate of a liberal refugee policy, was shot at his home last June. The primary suspect in the murder is a neo-Nazi named Stephan Ernst.

Diaby, 58, was born in Senegal but moved to the former communist East Germany in the late 1980s to study chemistry.

Elected in 2013, he represents a constituency in the eastern state of Saxony-Anhalt, a region where the far-right AfD party enjoys widespread support.

The threats against him come amid a growing wave of aggression towards politicians in Germany.

Three mayors have resigned in recent months after death threats and attacks on their cars.

Another mayor has made headlines in recent days after applying for a licence to carry a weapon in self-defence.

Politicians from the conservative CDU and the Green Party have also received death threats from right-wing extremists in recent months.