Is the freelance life for you? Photo: Depositphotos/Vinnstock
Rachel Loxton
[email protected]
@RachLoxton


Thanks to a mountain of bureaucracy, a tricky healthcare system and a complicated language, freelancing in Germany can seem overwhelming at times, but there are ways to make it work. Here's our tips on what you should avoid doing when you decide to go 'Selbstständig' or self employed.

Don’t fill out the forms without help

When I decided to move to Germany from my home country of Scotland and enter the world of freelancing, I knew it wouldn’t be an easy gig.

Arriving in another land where I struggled to get to grips with a new system – as well as a new language – was a bit of a culture shock to put it mildly.

This was a country where people had warned me you might be told off for crossing the street when it's not a green light. Although it’s true that Germans are more direct, and this sometimes comes off as a bit rude through the eyes of native English speakers, my general experience is that German people are helpful.

Or maybe they just love bureaucracy because every German person I’ve asked to help with some of the massively complicated forms you’re dealt here – whether it’s to register your address (Anmeldung) or register as a freelancer – have happily helped.

And that’s the first thing I’d say to anyone who’s new in Germany: don’t suffer alone. You don’t have to and it’s not worth it. Even if your German language skills are good, some of the terms in the forms are difficult to digest.

Bureaucracy in most countries can be tricky to understand because it’s always full of jargon so don’t feel embarrassed to ask a German acquaintance to take a look, or get in touch with a consultancy service who can assist.

That way you won’t make any mistakes when it comes to establishing if you should tick the Gewerbetreibende (tradesperson) box, which usually means you are offering a product, and either building, selling or trading things. If you are in this self-employed camp then you have to register your business, too.

Or you can choose the Freiberuflicher (freelancer) option which means you have a bit less paperwork because you don’t have to register a business. The kind of jobs that usually fall under freiberuflich include qualified computer programmers, translators, foreign language teachers and writers.

Similarly when you’re filling out your form (Fragebogen zur steuerliche Erfassung) to give to the the tax office (Finanzamt) so you can receive your tax number, you don’t want to accidentally set up a direct debit (it will be the ‘SEPA’ section in the form) to pay tax when you’d rather transfer it yourself, or tick a box that means you have to pay church tax (Kirchensteuer) if that’s not what you intended to do.

This brings us to the next point. Kathleen Parker, of Red Tape Translation, a consultancy service that helps people from abroad with their queries about settling in Germany, says expats often make the mistake of not filling out their profit and loss statement for self-employed people (Einnahmeüberschussrechnung) because they think they haven’t earned enough to pay tax.

But Parker, who’s from Queensland, Australia and arrived in Germany in 2009, says freelancers shouldn’t make this error because they could be billed for tax at a higher amount. This could be the case if they’ve written an estimated figure, which is more than what they've earned in reality, in the questionnaire they filled in to receive their tax number.

“When you register as a freelance and tell the Finanzamt what you’re doing you fill in this big long form and you tell them how much you think you’re going to earn,” Parker,  a registered freelancer who also works as an opera singer and translator, told The Local.

“Then time goes by, you get caught up in life and you forget to submit your profit and loss form, and perhaps you didn’t really earn very much so you don’t think it’s necessary.

“But then you get a massive bill from the tax department based on the prediction that you made in the form that you forgot you filled out more than a year earlier.” 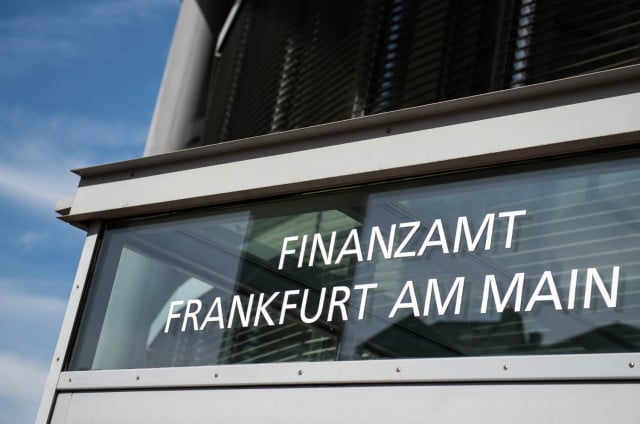 Parker explains that the tax office will presume you’ve earned what you’ve predicted if you don’t submit your profit and loss.

However, from this year the deadline is July 2019 for 2018 earnings if you're doing it alone, and February 2020 with a tax advisor, explains Parker.

It seems a simple enough concept: you charge people or companies for your work and they pay you the money. But if you don’t submit your invoice properly to them then there’s a chance you won’t get your money.

That isn’t fun so it’s essential to do some research, ask around and prepare your German invoice templates in advance.

Parker says she often finds internationals use the wrong number on their invoice. You receive an 11 digits-long tax identification number called a Steueridentifikationsnummer when  you register your address. But this number, although it has the word ‘tax’ in it, does not belong on your invoice.

Keep it safe and store it away for when you might need it, such as for an employment contract.

What you need on your client invoices is the Steuernummer. That’s the 10-digit number that you received after you submitted your form to the Finanzamt.

Most companies won’t pay you if you don’t have this on your invoices so make sure you include it.

Parker also explains that if you’re classified as a ‘small business’ in Germany (and that can apply to freelancers too who are not earning vast amounts of money) it means you neither charge VAT on your invoices or claim VAT on your expenses. The current limit for charging VAT is €17,500 per year. So you need a legal statement at the bottom of your invoice that explains that.

The paragraph should look something like this: 'Gemäß § 19 UStG wird keine Umsatzsteuer berechnet' and means 'In accordance with Paragrah19 of the German VAT law, no VAT has been added to this invoice.'

If you’re changing anything else to do with VAT – for example because of the client you’re doing business with – you must explain it in your invoice.

When you’re freelance, it can be quite easy to accept payment even if it isn’t high enough because you’re worried about not having enough work.

Plus if you’re in a competitive industry –  such as foreign language teaching – you might feel the need to lower your rates to attract customers.

But experts advise something different.

“The worst thing you can do is to ask for too little money, to be too cheap,” Chris Pyak, expat recruitment expert and author of How to Win Jobs and Influence Germans, told The Local.

“This is particularly common when people are just starting out because they’re unsure as a freelancer and they’re not sure how much to ask.” 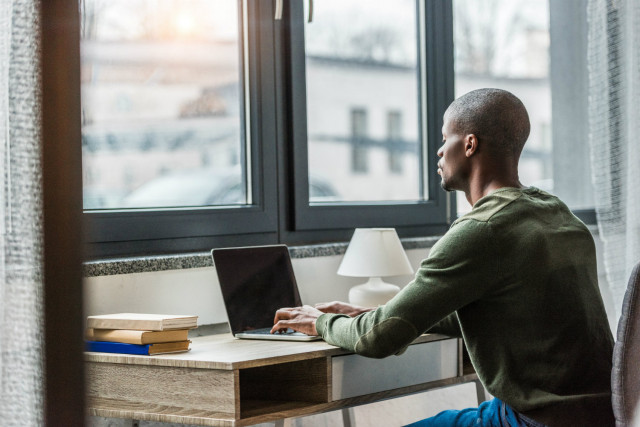 Working from home, or 'home office' as the Germans call it. Photo: Depositphotos/Igorvetushko

“Deliver the best solution to the customer, make a profit and invest in your future business and retirement,” says Pyak.

“People will doubt that it’s a good service if it’s cheap,” he adds.

Parker agrees. “Germany isn’t set up very well to accommodate freelancers who don’t earn a lot of money,” she says. “If you’re a freelancer in Germany you the system expects you to earn €700 net per day. That’s not realistic for most freelancers especially when they start out.

“My general advice to freelancers is that you should find out what a normal salary in your industry is for an employee and then double or triple it and find out your hourly rate based on that.”

Don’t bury your head in the sand

When concerns are piling up, it can be easy to ignore them and hope everything will be fine. But at some point you have to address it.

A common problem that many freelancers face is finding health insurance that they can afford. This is a tricky one because health insurance is a must – it’s illegal not to have it – so you can’t skip it.

Talk to a health insurance broker to find out your options. They’ll provide advice for free.

There are pros and cons for both so it’s best to talk through your healthcare situation with a professional who can detail the different plans.

“People who decide they want to stay in Germany long-term might decide to go for the cheapest private health cover but it becomes a problem further down the track when it’s more expensive,” says Parker.

“It’s difficult to get out of private health insurance once you’re in it so I would recommend freelancers to talk to an insurance broker before jumping into anything.”

Parker adds that freelancers should remember to count health insurance payments as a personal expense that you can declare on your personal tax return.

You can often claim business expenses like phone bills, travel cards and coffees with clients, and submit it with your profit and loss statement. Check with a tax advisor or consultant if you're not sure on what counts as expenses. And remember to keep all receipts.

There's also new services, such as SMartDe, which is a Genossenschaft (cooperative) that effectively employs freelancers and contributes to health insurance and other contributions.

Don't limit yourself to other options

If freelancing isn’t working out for you it’s time to diversify, or look for clients in different ways. In Germany there’s plenty of opportunities to try different things or ways to gain new customers. For example, if you’re a freelance editor or translator you can advertise on sites like Ebay Kleinanzeigen or Craigslist, among other sites.

Perhaps you could try doing a training course. In my own experience, taking part in an English language teaching course was a brilliant way to meet new people when I arrived here and it gave me an extra skill that I could use while writing.

There are also coding classes, as well as English language university courses if further education is something you’re interested in.

Pyak advises taking time out and analyzing your business.

“If people are struggling then there are two possible problems: either the service they are selling is not right for the market. Or they didn’t ask for enough money,” he says.

“Every year in December I take one month off to think about my business strategy and what I want to achieve in the next year. Every year the outcome is: raise my prices.

“You need to really deeply analyze your business and to understand, not only your customer in deep detail, but also your own goal and what you want to achieve.”

Are you a freelancer in Germany? What's your experience? Let us know.