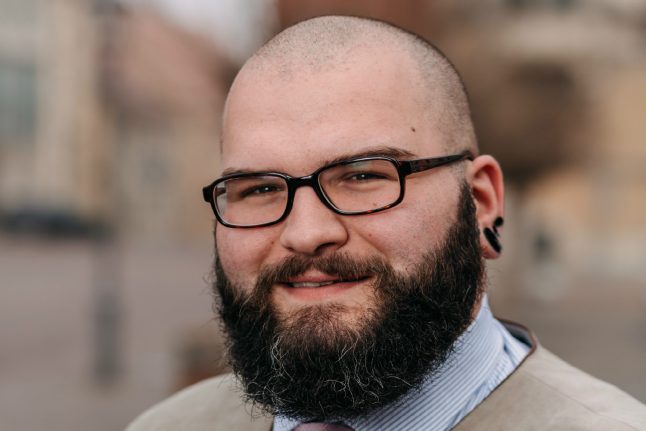 Robert Möritz, who was a member of the CDU’s executive committee in Anhalt-Bitterfeld, in the eastern state of Saxony-Anhalt, triggered a crisis in German politics when it became known that he used to be active in the extreme right-wing scene.

Now, according to German media, he has left the party.

Möritz confirmed last week that he was a member of Uniter, a support network aimed at helping soldiers reintegrate back into civilian life but which is said to have links to far-right circles.

The politician said at the weekend that he had cancelled his membership with the group. However, his social media also showed that in 2011 he had worked as a steward at a neo-Nazi march in Halle.

Meanwhile, a photo had emerged of Möritz showing a swastika-like “black sun” tattoo – a symbol popular with neo-Nazis – on his arm.

After the revelations emerged, the district council had initially supported Mörtiz because he had distanced himself from his past, they said.

However, on Thursday the CDU in Saxony-Anhalt had asked the 29-year-old to detail all his activities within the far-right scene in writing by December 27th. In addition he was asked to declare that swastikas and other Nazi symbolism were incompatible with the principles of the CDU.

“I would like to send out a personal signal,” he added in the statement. “Sometimes you need to reflect on your true priorities in life.”

'How many swastikas have a place in the CDU?'

The case had triggered a debate within the CDU about how to deal with potential right-wing extremists within their own ranks.

The CDU's coalition partners in Saxony-Anhalt, the centre-left SPD and the Greens, slammed the behavior of state premier Reiner Haseloff and CDU state leader Holger Stahlknecht, for not taking immediate action.

“How many swastikas have a place in the CDU?” asked Susan Sziborra-Seidlitz and Sebastian Striegel, the co-chairs of the Greens in Saxony-Anhalt, alluding to Möritz's tattoo.

Mörtiz had said his tattoo was inspired by his interest in Celtic mythology.

The incident also sparked a storm at the national level.

“We take resolute and uncompromising action against all forms of right-wing extremism,” said Annegret Kramp-Karrenbauer, the leader of the CDU on Wednesday.

SPD general secretary Lars Klingbeil had accused the CDU leadership of keeping silent about the case. This was “absolutely incomprehensible”, Klingbeil told the Tagesspiegel.

The controversy comes at a tricky time for German politics as debate rages on about whether the centre-right CDU should enter into alliances with the far-right Alternative for Germany (AfD), which has surged in popularity in recent years, particuarly in eastern Germany.

The CDU at the national level has so far ruled out any cooperation with the anti-immigration AfD.