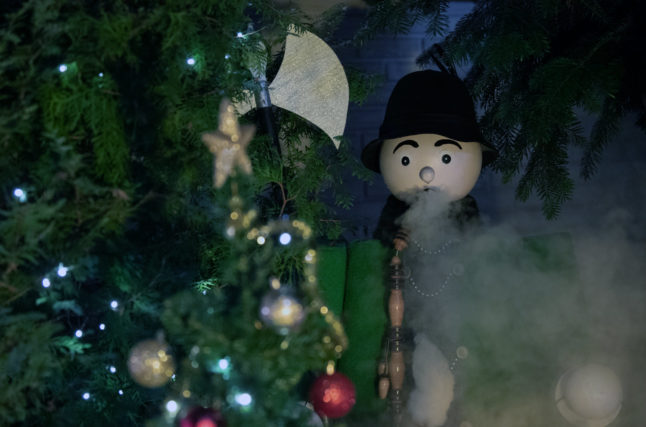 Among many Christmas traditions, such as the Advent wreath, this is a true German tradition.

“Räuchermännchen” translates to smoking manikin, and refers to an incense smoker, originally, in the form of a wooden man that is 15 cm-40 cm tall.

Nowadays, you can also find animal figurines and other varieties of the “Räuchermännchen” with different themes and motifs such as snowmen or Santa Clause. What is the history behind the “Räuchermännchen”?

The “Räuchermännchen” is a invention of toy makers of the “Erzgebirge” (Ore mountain region of Germany).

The material of the first figurines were made from paper and dough, and later from wood.

Their purpose is to burn off incense candles and incense cones and spread a fragrant scent around the house.

A few of the most common scents are fir, lavender, coffee, and frankincense.

How does a “Räuchermännchen” work?

The hollow turned body of the figurines allows for the candles to slowly burn out in the inside.

As they are made of two parts, it permits a steady airflow, that comes through the mouth of the figurine, making it look like the man is smoking.

“Would you light the incense smoker? It always smells so nice.”

“Let’s buy a new incense smoker. Maybe in form of a dog or so.”