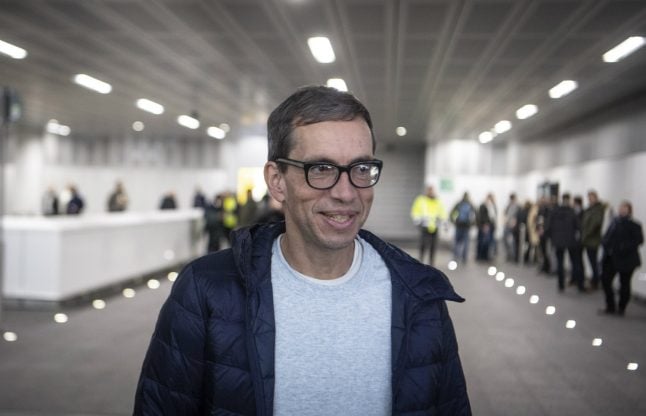 Officials in the state of Virginia allowed 53-year-old Jens Söring, the son of a diplomat, to be released on parole. But he has been banned from returning to the United States.

In an emotional return to his home country, Söring was welcomed by friends who he said had backed him in his battle to be free.

“I'm so happy to be in Germany after 33 years in prison in the US,” he told journalists in a short statement at Frankfurt Airport.

Asking for some space to “settle back into my life”, Söring added that he would “need some time” away from the media spotlight.

Imprisoned in 1986, Söring was serving a life sentence after having been convicted of killing the parents of his girlfriend, Elizabeth Haysom, who herself was jailed for complicity in the murders.

Haysom's parents' bodies were found in 1985, riddled with knife slashes.

Aged 18 at the time of the crime, Söring first admitted to the killings, which he said he had carried out because the couple disapproved of his relationship with their daughter.

He later retracted the confession, saying he had admitted to the murders to spare his girlfriend from being sentenced to death.

He had thought that he would benefit from diplomatic immunity as the son of a diplomat.

The brutal murders shocked Germany and the United States, and the young couple were the key suspects from the beginning.

They had fled the country before being arrested in Britain, which subsequently extradited them to the US for trial.

Since claiming his innocence, Söring has accused his former girlfriend of the crimes.

Haysom, who admitted to complicity in the killings, is also to be released shortly and deported to her native Canada.