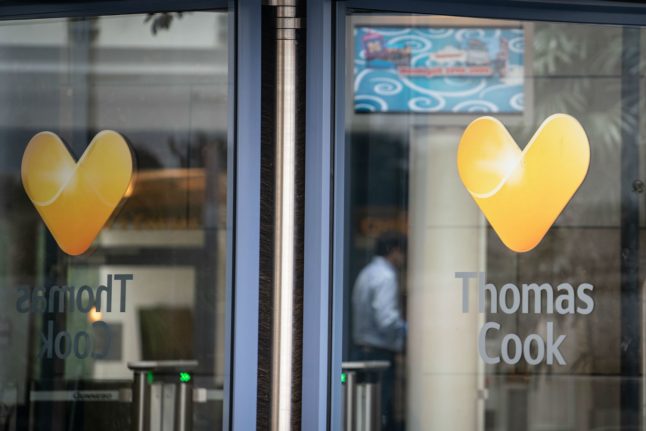 In a statement, Chancellor Angela Merkel's office said Berlin will reimburse “losses which have not been compensated” by the now insolvent package holiday group and its insurance company.

A quirk of German law meant that Thomas Cook's German arm only had bankruptcy insurance up to €110 million.

But citing experts, broadcaster NTV estimated the total losses sustained by
customers at €500 million — leaving a potential gap of 390 million for the federal government to bridge.

Berlin said the Thomas Cook case had “far exceeded the boundaries” of previous travel company insolvencies, throwing up “a number of difficult legal questions which are still unsolved”.

“It is not reasonable to expect customers to deal with these complex legal questions on their own,” the statement added.

Further details of the government scheme are set to be published “in early
2020″.

Consumer groups welcomed the state intervention, but called for a review of
the liability cap on package holidays.

“It is important that we now get bureaucracy-free repayments and better protection of package holidays in the future,” tweeted Klaus Müller, head of Germany's VZBV consumer advice bureau.

Germany is not the only country that could bear the costs of Thomas Cook's
bankruptcy. In early November, the UK government announced plans to develop a
statutory compensation scheme for out-of-pocket holiday-makers.