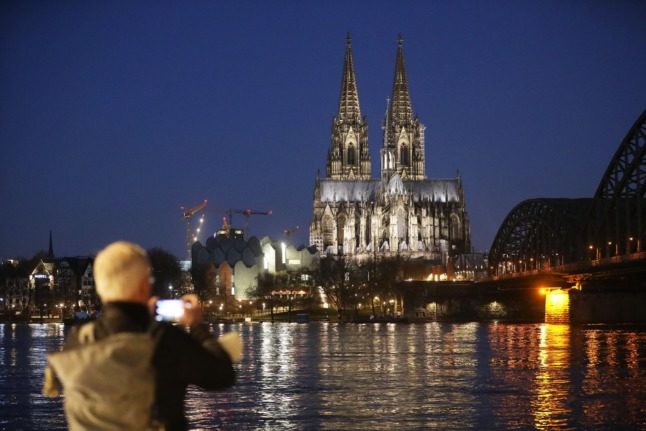 The first foundation stone for the Gothic cathedral (known as the Kölner Dom in German) we see today was laid in August 1248. But lack of money and interest in the project meant that construction was only completed in 1880 with the assistance of King Friedrich Wilhelm IV, a mere 632 years later.

An American soldier and a destroyed tank outside the Cathedral in 1945. Photo: Wikipedia

The Cathedral was hit by 14 aerial bombs and more than 70 firebomb hits over the course of the Second World War. Whether by an act of God or just good luck, the building did not collapse and remained standing in an otherwise flattened city. Repairs were finished in 1956 although some bad-quality brickwork was left visible until the 1990’s as a reminder of the war.

3. It houses the largest swinging church bell in the world If you scale the 533 steps up to the South tower to look out at Cologne’s skyline, it’s also worth taking a look at St Peter’s bell while you’re up there. One of the Cathedral’s eight bells, the St Peter’s bell weighs 24 tonnes and is the largest of its kind in the world. You’d be lucky to hear it toll, however, as it only rings on special public holidays like Christmas and New Year.

4. Three other churches have stood where the Cathedral is today

Today’s Cathedral is supposedly built on the site of a 4th Century Roman Church, which then made way for another church in the 6th Century. This was followed by the so-called Old Cathedral in 800 A.D, which suffered lightning damage and was then burned down 300 years later to make way for the current Cathedral.

5. It was built to house the ‘remains of the Three Kings’ The shrine to the Three Kings in Cologne Cathedral. Photo: DPA

When Archbishop Rainald von Dassel brought the “bones of the Three Kings” to Cologne after taking them from Milan when it was conquered in 1164, he was unimpressed with the Old Cathedral and so a new one was planned that would be grand enough to house the relics. From then on, every German king would make a pilgrimage after his coronation to present gifts to the remains. They believed that Christ would thus recognise them as monarch, as he had done with the Three Kings themselves.

6. There are 6 million visitors every year

According to the Cathedral’s website, they receive about 20,000-30,000 visitors daily, or a whopping 6 million per year (in non-Covid times). But these astoundingly high numbers aren’t surprising when you consider that the Cathedral has previously been voted Germany’s best attraction.

7. It was once the tallest building in the world From 1880 to 1884, the Cathedral was the tallest building in the world, until it was beaten by the Washington Monument and then the Eiffel Tower.

Nowadays, it doesn’t hold anywhere near such an impressive title but it is still the largest Gothic church building in Northern-Europe. Its two 516 ft tall church spires are the second tallest in the world, surpassed only by the single spire of Ulm Minster which was finished in 1890, which is also in Germany.

But when the Sagrada Familia in Barcelona is finished (estimated to be 2026 although it will be likely be delayed due to the pandemic), it will be taller than both the Ulm Minster and Cologne Cathedral, robbing Germany of the title.

The outside of the Cathedral is not made of black material, nor is it just dirty, instead, the sandstone which most of the building is made from reacts with the sulphuric acid in rain and turns dark grey, giving the Cathedral its distinctive dark colour over time. This is why repaired sections look much whiter and lighter than the rest of the building, although in time they will darken to match the older stone. “According to the latest investigations, the suspects lived a luxurious life at the expense of senior citizens and other victims,” said Klaus-Stephan Becker, head of the criminal police unit in the city of Cologne, according to a statement.

Police suspect a total of 29 people aged between 17 and 84, but have so far arrested only eight, including six women.

The arrests took place in Cologne, as well as in the town of Rödermark in the state of Hesse, and in Bondy near Paris.

One group in the family specialised in burgling elderly people and operated throughout Germany, while another was focused on fraudulently claiming social benefits, the statement said.

Others specialised in investing the stolen money in real estate, among other things.

Investigators seized five properties worth an estimated 2.4 million euros, as well as luxury items such as cars and watches.

Due to the complexity of the case, the investigation has been entrusted to a department of the Cologne public prosecutor's office specialising in family gang crime, according to the statement.luxurious VISITING GERMANY
Travel in Germany: The Bavarian town inside a giant crater 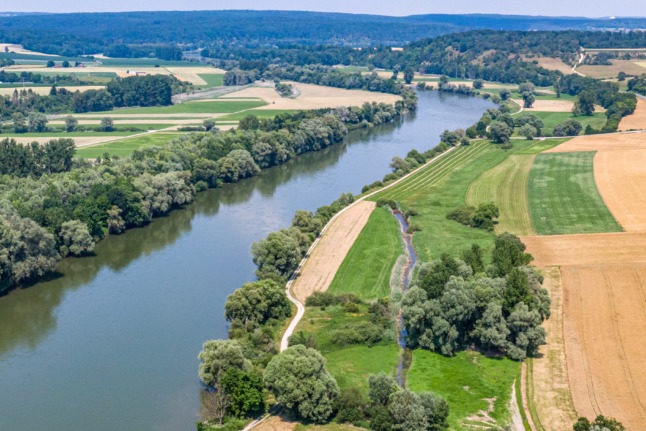