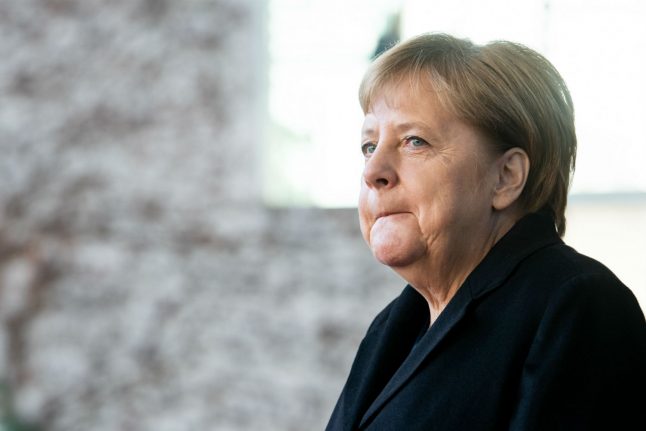 Delegates at the SPD conference in Berlin rejected a motion to immediately quit the coalition, averting a political crisis.

Instead, the overwhelming majority of the 600 delegates backed a plan by co-leaders Norbert Walter-Borjans and Saskia Esken to open “discussions” with Merkel's CDU/CSU conservatives on demands that will determine the fate of the alliance.

“I was and remain sceptical about the future of this grand coalition,” Esken told the conference.

With our list of demands, “we are giving the coalition a realistic chance to continue. Nothing more, nothing less”.

Walter-Borjans and Esken, both fiercely critical of the SPD's role as junior coalition partner, were officially confirmed as the first male-female leadership duo in the party's 150-year history earlier at the congress.

That they didn't push to bring down the government will come as a relief for Merkel, who hopes to stay on as chancellor until her fourth and final term ends in 2021.

But the coalition remains on wobbly ground with many younger, leftwing SPDers preferring a clean break with the Merkel era.

Senior figures from Merkel's CDU and her Bavarian CSU sister party meanwhile have balked at the idea of renegotiating the hard-fought coalition agreement clinched after 2017's inconclusive general elections.

CDU leader Annegret Kramp-Karrenbauer, Merkel's preferred successor, urged the SPD to get on with governing and show “a clear commitment to the common task”.

Seen as leftists within the SPD, they defeated finance minister Olaf Scholz and his running mate Klara Geywitz in what was interpreted as a rejection of the status quo following a slew of electoral setbacks.

In warmly received speeches at the Berlin gathering, the pair nicknamed “Eskabo” by German media laid out their vision to revive a party blunted by years of governing in Merkel's shadow.

They want some 450 billion euros ($497 billion) over the next decade to be invested in the country's schools and transport infrastructure, in digitalisation and in climate protection projects.

To achieve that, they said the government should ditch its “black zero” policy of maintaining a balanced budget and not racking up new debts — a CDU/CSU red line even as Europe's largest economy is stuttering.

“If the black zero stands in the way of a better future for our children, then it's wrong and has to go,” Walter-Borjans said.

To help close the gap between rich and poor, the new leaders want to raise the minimum wage from nine to 12 euros ($13) per hour.

They also want to rethink Germany's Hartz IV unemployment and welfare system — which was pushed through by former SPD chancellor Gerhard Schroeder but remains hugely controversial.

Accusing the government of not doing enough to tackle climate change, the pair are in favour of significantly increasing the price for CO2 emissions from the proposed 10 euros per tonne.

“The SPD must be prepared for compromises,” said Walter-Borjans.

“But they can't blur what we stand for.”

Merkel's spokesman has said the veteran chancellor, in power for over 14 years, is “open” to talks about the demands.

“Despite all the gloomy predictions, this new start gives the SPD a chance to turn the corner,” the Rheinpfalz daily commented.

But if the SPD sees insufficient progress in the weeks ahead, it could still walk away — potentially triggering snap elections and hastening Merkel's exit.

Observers say voters may punish the SPD and CDU for sending them back to the polls early, while the far-right AfD and the surging Greens have the most to gain.

Der Spiegel weekly said fresh elections, in which the CDU and Greens are poised to come out on top, could reinvigorate a country wearied by years of Merkel compromises.

“Instead of Merkel's eternal end phase, a fresh start could be possible,” it said.