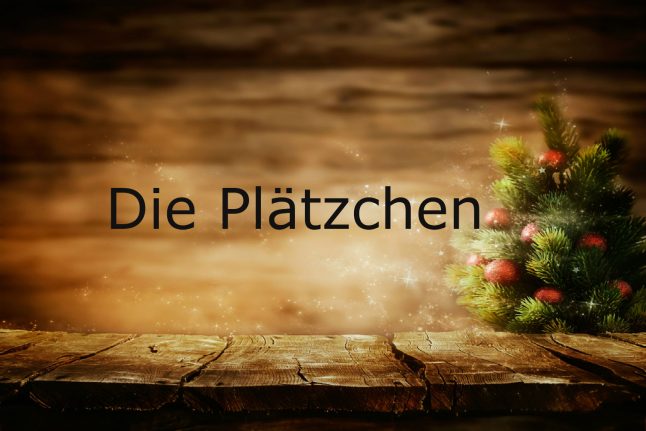 Advent time in Germany is characterized by Christmas markets and Glühwein – but most importantly by Christmas cookies. “Plätzchen” translates to cookies or biscuits (but in a different context it can also refer to the spot where you are sitting).

Often these cookies have to be rolled out by a “Nudelholz” (literally translated to noodle wood, but it means rolling pin), and then cut into shapes by cookie cutters – or, as Germans would say, “Ausstechförmchen”.

What is the history of the “Plätzchen”?

In the 18th century, only the wealthier social classes savoured “Plätzchen”, because only they could afford the expensive ingredients needed for these cookies. Sugar, cinnamon and cocoa powder were not affordable for the average person.

Up until the 19th century “Plätzchen” were considered a luxury. Only with the production of sugar from turnips was it accessible for other social classes.

And since it was still rather expensive for the common man, people would only bake “Plätzchen” for special occasions, such as Christmas.

What characterizes a German “Plätzchen”?

Many traditional Christmas cookies are in the form of a star which is a religious gesture and symbolic of the “Stern zu Bethlehem” (Star of Bethlehem).

There are a dozen varieties of “Ausstechförmchen” such as reindeer, hearts or boots (Saint Nikolaus’ boot).

And there are hundreds of different kinds, often with nuts, cinnamon, or candies fruit such as “Zitronat” (candied lemon peel) or “Orangat (candied orange peel).

“Which cookies do you want to bake in our Christmas bakery today?”