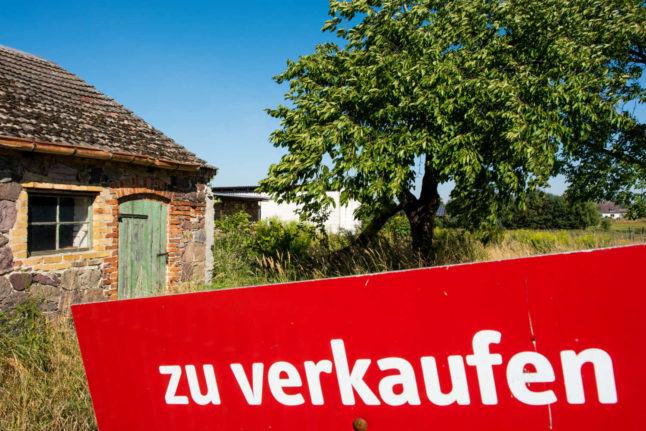 If your dream is to live in the Germany countryside, there are options available, such as this home which was for sale in rural Brandenburg. Photo: DPA

Have you ever dreamed of buying your own Hamburg flat, converted farmhouse in Bavaria or family home in Düsseldorf?

We’re not surprised if you have. And some of our readers have even taken the plunge and bought their own property.

We asked them to share their most valuable tips.

READ ALSO: What’s happening to house prices and rents in Germany amid the coronavirus crisis?

What’s the most important advice you can give to someone buying a property in Germany?

Readers responses ranged from warnings about keeping a good chunk of money aside for fees, to tips about getting a second opinion.

Andy Doran in Trier, Rhineland-Palatinate, said those looking to purchase a property should “expect to spend at least 10 percent of the purchase price on fees”.

Others also highlighted these costs.

Rob Harrison, who lives near Munich, said: “The notary and real estate agents fees are really high. There is no competition at all. You need to budget 10 percent of the price of the real estate.” 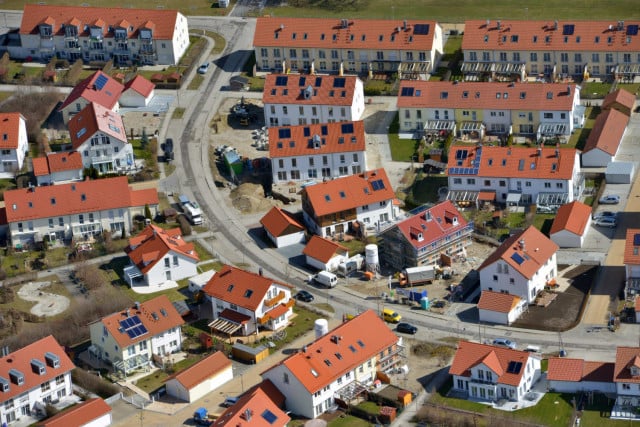 A neighbourhood of newly built homes by Munich. Photo: DPA

In Germany just under half of the population own their own homes, the second lowest rate in Europe after Switzerland. But our readers advised those thinking of buying to go for it.

“Do it!,” said Laurie Hall in Upper Bavaria. “You’ll be amazed at the relatively low prices compared to equivalent locations in the UK for example.”

“Nowhere in the UK can you buy a large house in genuinely rural countryside but still within commuting distance of a large city like Munich and, even if you could, it would cost you many times more than it does here. And nowhere in the UK can you do all that and still be only 30 minutes from the nearest mountains and lakes, with consistently warm summers and snowy winters.”

Other respondents, however, warned of Germany’s notoriously slow bureaucratic system.

Sandra Leaton Gray in southern Baden-Baden said  “Be prepared for everyone involved to go on holiday frequently, usually at precisely the time documents need completion or authorization needs to be given.”

Readers also said that you shouldn’t do the process alone.

“Consult an advisor,” said Oladapo Ogidi, who is based in Munich.

What common mistakes do people make when buying a property in Germany and how can they be avoided?

Buying a property in a country where you’re a native speaker is hard enough. So abroad it can be much more difficult and stressful.

There are ways, however, of taking the pain out of buying your own place – and avoiding making mistakes.

SEE ALSO: ‘It’s not that hard:’ The beginner’s guide to buying a home in Germany

As with most things, money should be taken into account. The Local readers advised people not to underestimate the costs involved.

Others said a common mistake was trusting the broker (Makler) completely and not doing any research yourself.

Respondents also said you shouldn’t pack it all in and that a common mistake was giving up.

It can feel frustrating because the housing market in Germany is slow compared to some other countries, perhaps because it’s still not the norm for many people to own their homes.

“So there just are not that many houses up for sale in some places,” said Laurie in Munich. “It may take many months or even years to find a house you like within your budget. 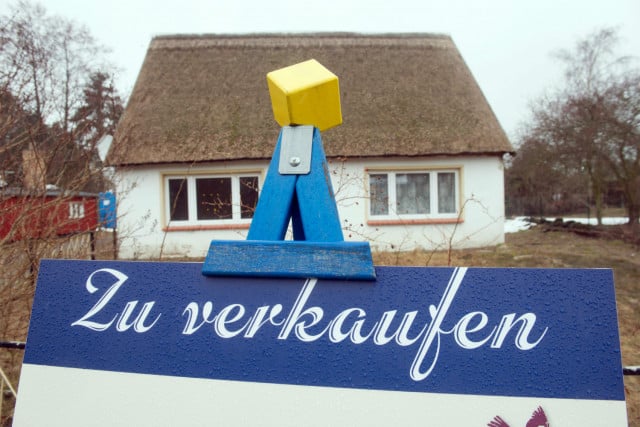 A house which was for sale in rural Born in eastern Mecklenburg-Western Pomerania. Photo: DPA

“Be patient. And have faith because when that perfect house does come on the market, the up side is that you will have fewer competing buyers.”

Here’s another thing to note: to complete the property purchase process, it is mandatory that the buyer and seller hire a notary or solicitor to handle the legal work of buying a home in Germany, which is also known as conveyancing.

The notary not only certifies that the property is available to sell, but he or she also draws up the real estate purchase contract (Kaufvertrag).

Others also said it’s a good idea not to rely solely on notaries and to get additional advice from someone “to check the finer points” before you go through with the transaction (it will likely be one of life’s most expensive purchases).

“We found dealing with our notary rather like dealing with a very junior lawyer who hasn’t fully thought through the implications of what they are writing,” said one reader.

READ ALSO: The hidden costs of buying a home in Germany

What are some of the hidden costs that buyers need to know about?

The mere sight of the words ‘hidden costs’ probably make us all feel queasy. Unfortunately there appears to be a lot of Nebenkosten involved in house buying in Germany.

Usually, all these purchase fees can be anything between 5-15% of the property price, experts reckon.

You should remember to set money aside for the notary fees and the property upgrade services, our readers said.

Leaton-Gray said she and her family had to pay real estate transfer tax/stamp duty (Grunderwerbsteuer) “on our projected leasehold payments for the entire remaining life of the lease”.

Readers also pointed out that it can cost thousands of euros to have your contract officially translated. You also have to pay for the contract to be read out loud in German, an official requirement which usually costs a few hundred euros. 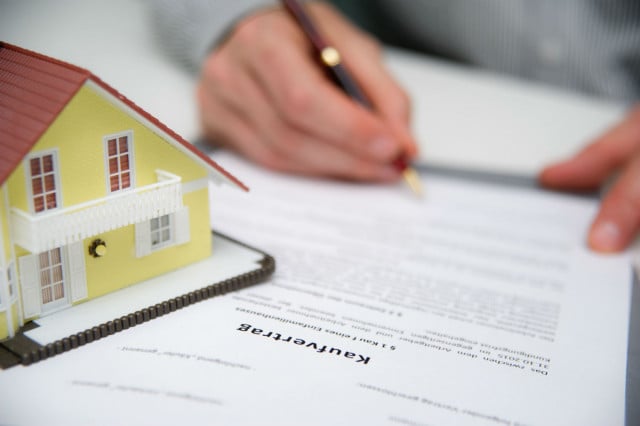 Respondents said the contract is read aloud very quickly and so is difficult to understand even if you speak German.

“This was particularly pointless but a legal requirement,” said Leaton-Gray.

“If you are not competent in German, then the notary will insist on a translation being made so you know what you are signing,” added Harrison who also pointed out the high speed at which the contract is read out loud.

In Germany, a deposit of around 20 percent is usually required to get a mortgage.

And one more thing: “When we registered as residents, the local Amt (office) then told us we were liable for another 20 percent tax on the annual rental value,” said Leaton-Gray. “We were amazed neither the Maklerin (broker) nor the notary had mentioned this.”

When it comes to renovations readers told us there are “relatively low labour costs” in Germany. But the cost of materials and equipment is high.

“Of course you can try to persuade your builder to use cheaper materials, but perhaps you should learn to be more German about it – it does make sense to pay a little more for something that will last longer,” said one respondent.

Any other big surprises?

For Harrison, the biggest shock was a lack of a proper survey of a property, which is the case in the UK and required by all mortgage brokers.

“One owner refused point blank when I said that I wanted an architect to look at the property before I bought it,” said Harrison who didn’t opt for that one in the end.

His current home seemed okay when he bought it but “we’ve now probably spent around €100,000 fixing everything,” he said.