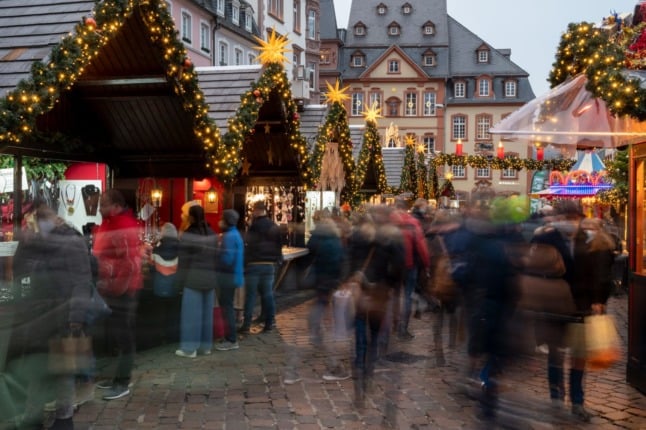 Some Christmas markets have unfortunately had to close this year due to the Covid-19 pandemic, although other regions have allowed them to stay open with strict rules. Regardless, they are a cherished part of Germany history that are still as beloved today.

Christmas markets have evolved quite a bit from their humble origins in the late Middle Ages, (1250-1500 AD). Wintermärkte, or “winter markets,” could be found across the German speaking parts of Europe and the Holy Roman Empire, including eastern regions of France, during the period.

Outdoor markets were quite popular at this time, and winter markets served a particularly practical purpose: providing a place for villagers to stock up on food and supplies for the upcoming winter.

They would often take place in front of the main church or the town square. Traditionally, the markets would sell mainly meat, and many of the modern Christmas markets continue this tradition with speciality Bratwurst and other hot foods.

READ ALSO: Five of Germany’s most magical Christmas markets in 2021 The Striezelmarkt in Dresden. Photo: DPA

By the 14th century, merchants from the town began using the one-day winter markets as an opportunity to sell roasted nuts, sweets, handmade baskets, and toys for children. Soon the winter markets came to align with the entire Christmas season, with many lasting during the entire four weeks of Advent.

However, the terms “December markets,” or “winter markets,” can be found in documents from as early as the twelfth and thirteenth centuries in parts of Germany and Austria.

Many Christmas markets have special names, often based on the town’s special traditions. In Nuremberg, the market is referred to as the Christkindlmarkt, or “Christ child market,” where Christkind refers to an angel-like figure representing the spirit of Christmas.

Every two years, the town selects a young woman to play the part of the Christkind to open the market. The term Christkind is thought to be the origin of the name “Kris Kringle,” which is used to refer to the figure of Santa Claus in other cultures.

Frankfurt also boasts claim to one of the earliest Christmas markets at Römerberg in the Old Town. It is opened by the Lord Mayor of Frankfurt and a Christmas carol performance by the city’s opera.

While Christmas markets ceased to exist during World War II, they now flourish in every city, town, and village in Germany today.

Many channel their historical roots, while others take a unique spin on tradition. Frankfurt’s Christmas market at Römerberg is also one of the oldest in Germany. Photo: DPA

German-style Christmas markets can be found across Europe and in many festive cities in the United States.

This beloved tradition also contributes significantly to German tourism, with over 85 million visitors making the trip to at least one of the markets every year (in non-pandemic times).

READ ALSO: 8 of the most beautiful German Christmas markets