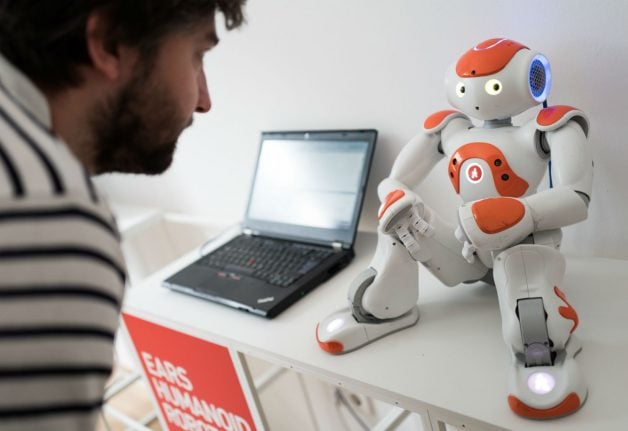 A man working in robotics, one of many technical professions. Photo: DPA/ Jörg Carstensen.

The report shows that men still dominate in most technical jobs.

In fact, in 2018, 89 percent of employees in mechanical and automotive engineering were men, and 85 percent of information and communication engineers were men.

READ ALSO: What and where are the best paid jobs in Germany?

READ ALSO: 5 key things you need to know about the German workplace

The proportion of women in IT jobs in 2018, on the other hand, only increased by two percent from 2012, when the statistics were last calculated. The number of women in machine and vehicle technology even fell by one percentage point. However, the number of women working in the police force, with criminal services, or in the judicial and penal systems, rose from 20 to 24 percent between 2012 to 2018.

However, the percentage of men in two traditionally female-dominated sectors—geriatric care and nursing—increased slightly from 2012 to 2018. Nursing increased from 14 to 16 percent.

From the Classroom to the Workroom

In 2018, women made up 73 percent of the population at allgemeinbildenden Schluen (general education schools), or schools which come before classic vocational training programs or universities. The proportion of men at such schools dropped from 29 to 27 percent between 2012 and 2018.

Especially low is the proportion of men working as teachers in Grundschule (grade schools for the 1st-4th classes) at only nine percent.

Still, more men than women teach at universities, with men making up 58 percent of teachers and researchers last year, down 3 percent from 2012.

International Women's Day is in March, with it celebrated as a public holiday for the first time in Berlin this year.