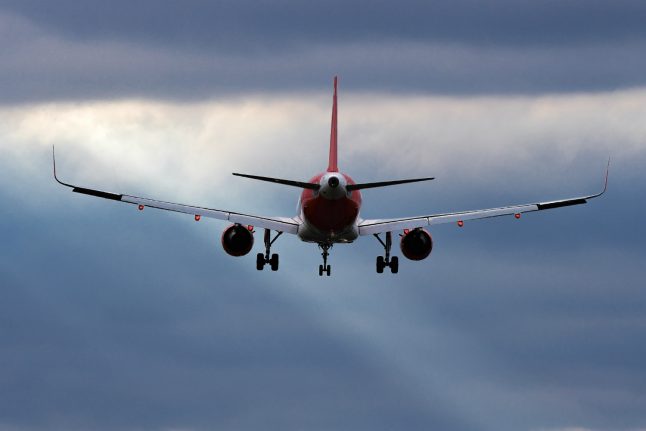 The sources said there was insufficent evidence for warrants to be issued against the nine, prompting criticism from opposition politicians who said the deportations have caught the government unprepared.

The deportees, who are due to arrive on Thursday or Friday, include a family of seven from Hildesheim – a town in central Germany that has in the past been a focus of police raids against Islamist extremists.

The father is a German of Iraqi origin referred to by the sources only by his first name, Kanan, and is known to be an Islamist radical, the sources said.

The other two are the wives of IS fighters, they said.

The sources said Kanan was intending to travel from Turkey to Syria earlier this year with his family.

They have been in prison in Turkey since March.

The two women are being investigated in Germany for membership or support of a terrorist organization.

READ ALSO: 'I was a little bit naive': German woman flees IS

They fled from a Syrian camp for IS supporters and were arrested by Turkish soldiers, the sources said.

One of them, a 26-year-old called Heida, said she had gone to Syria in 2014 with an IS fighter from Germany.

She said her husband was killed in fighting.

Justice Minister Christine Lambrecht told the Neue Osnabruecker Zeitung that even though the returnees “cannot be detained yet, they can be placed under close monitoring or forced to wear electronic tagging”.

Thousands of foreigners travelled to Iraq and Syria to join the self-proclaimed Islamic State caliphate.

Following the collapse of the group this year, many countries have been reluctant to repatriate them.

Armin Schuster, a lawmaker specializing in national security issues, said around 100 German nationals were still believed to be in the region and a third of them could be considered dangerous if they returned.

Schuster said Turkey was preparing to deport around a dozen more German nationals it has in custody.

Six German states have appointed officials to coordinate the return of German nationals from Syria and ensure they undergo de-radicalization programmes.

But Stephan Thomae, from Germany's opposition Free Democratic Party, in an interview with Deutschlandfunk radio, accused the government of not doing enough.

He said the government was “putting its head in the sand” over the issue of returnees from Syria.