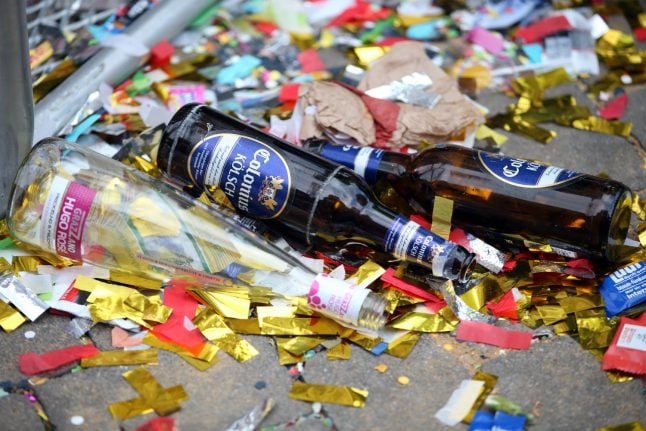 Thousands of people attended the annual celebration which began on Monday.

But police reported some trouble and said they'd made seven arrests. They are also searching for the perpetrator of a violent assault.

A 22-year-old man had a plastic cable tie put around his neck and tightened. A doctor in a nearby medical tent assisted the man and managed to release the zip tie from his neck, reported RP Online.

It was wrapped so tightly around his neck that it had restricted blood flow to the head, the doctor said.

Cologne police launched a probe and are hunting for the perpetrator. A police spokesman said on Tuesday morning that CCTV cameras were being checked.

During investigations, a paramedic told the police that there had been a similar case earlier in the morning. Any further victims are being asked to report it to police.

In another incident, an 18-year-old man was struck by leftover building material thrown from a nearby building, and suffered minor injuries to his foot. A 17-year-old and a 19-year-old were detained in connection with the attack.

By late evening, seven people had been arrested. Several revellers were also slapped with fines for riding e-scooters while drunk.

According to police, 82 people were given a verbal warning.

Traditionally, every November 11th, up to 70,000 people mark the beginning of Carnival season in the western German city on the Rhine. Celebrations also take place at other locations across Germany including Mainz and Düsseldorf.

Karneval season, which is also called Fasching depending on the region of Germany, peaks in January and February and runs until March. A man drinking beer at the Cologne Carnival celebrations on Monday. Photo: DPA

Meanwhile, a woman was seriously injured after being hit by an S-Bahn train during the Carnival chaos in the southern part of Cologne on Monday.

The train driver was treated for shock, as was his colleague, who was steering the oncoming train and saw the accident. The line was closed.

The 34-year-old woman was not dressed up so was likely not part of Carnival celebrations.

According to police, there were no incidents in Düsseldorf.