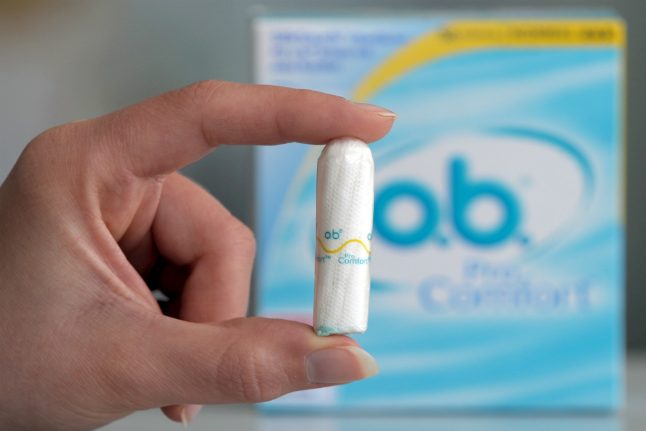 It’s a huge achievement for campaigners who’ve been calling for an end to women’s hygiene products being taxed at the 19 percent rate, saying it’s discriminatory to women.

Products deemed ‘luxury’ – such as wine and cigarettes – are taxed at 19 percent in Germany, while a seven percent rate applies mainly to food items considered necessary for basic living requirements.

Germany has a fairly high tax rate on feminine hygiene products compared to other countries in the EU, ranking 11th out of the 28 member states.

The move, approved by the Bundestag on Thursday, still has to be given the go-ahead by the Bundesrat. But if all goes to plan, the sales tax on sanitary products will be reduced from 19 percent to seven percent from January 1st 2020.

Campaigners, who have handed the government petitions with tens of thousands of signatures calling for an end to the 'tampon tax' welcomed the move. Nanna-Josephine Roloff said: “We made it: Germany will stop taxing menstrual products by 2020. I am crying.”

We made it: Germany will stop taxing menstrual products by 2020. I am crying ?@jweisswolf @nadyaokamoto

Greens MP Lisa Paus said it was a “great success of women's solidarity” . She added that it was also an important step towards a tax system that does not discriminate against women.”

The decision came about during the annual tax law debate in the Bundestag.

As well as the change to menstrual products, VAT on electronic books and newspapers – so-called e-books and e-papers – will also fall to seven percent pending the approval of the Bundesrat, reported Focus Online.

In addition, a tax package has been agreed to boost the sluggish demand for electric cars.

To promote e-mobility, politicians are set to extend the tax relief for electric cars used by companies, among other things, and also decide on special allowances for electrically powered delivery vehicles.

There has recently been a slight increase in new registrations of electric cars, but the figures are still at a modest level.

The government has already decided that train travel will become cheaper, with tickets moving to the lower tax rate of seven percent from January 1st.