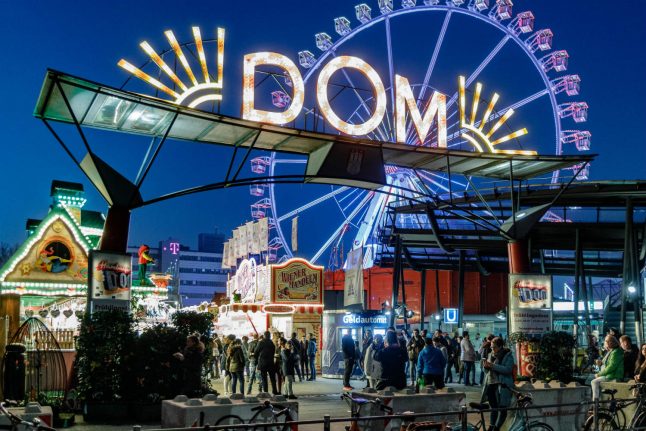 Diwali, the five-day long festival of lights celebrated in autumn in India, has already passed. However, [email protected], a social club connecting Indian expats in the city, is hosting a single day dance celebration with Bollywood fusion songs followed by an Indian dinner.

Tickets start at €15, with discounts for students and families. Remaining spots are limited, so follow the link to register. Celebrating Halloween doesn't have to end on October 31st. At 7:30 pm on November 2nd hikers will be guided through the forest in Bad Marienberg to find hidden jack-o'-lanterns. Whoever finds the most wins a candy prize.

The hike costs €5 per person, but children up to six years old can enter free and kids under 15 pay half price. Online registration isn't necessary; Just show up and have fun! The first and only Filipino film festival in Berlin, The First Reel has been a biennial production since 2015. The festival is organized by founder Lola Abrera, a media anthropologist, and curated by Trinka Lat, a Filipino filmmaker and producer.

The nonprofit festival is part of a larger collective aiming to embrace Filipino creatives all over the globe. Screenings begin November 6th at Kino Moviemento near Görlitzer Park.

Entry into the fair is free, with discounts for certain rides and attractions every Wednesday.

Certainly one of the largest events taking place this month, the 30-year anniversary of the 1989 fall of the Berlin Wall will be celebrated nationwide. Soldiers stand on the West Berlin side of the Wall at Brandenburg Gate two days after its opening on November 11, 1989. Photo: DPA

From memorial concerts to guided tours, click on the link above to get an overview of the events taking place in Berlin.

Looking for some English-language stand-up in Munich? Irish comedian Conor Drum is making his first appearance in Germany, performing at The Shamrock… an Irish pub, naturally.

The show centers around Drum's teenage years, rediscovered after his parents decided to turn his childhood bedroom into an Airbnb. Tickets start at €10. The Christmas Market on the Fraueninsel on the Chiemsee in Bavaria. Photo: DPA

Christmas markets are opening earlier and earlier every year, so your choices and chances to see the stunning variety of Germany's celebrations are getting broader. Click here to read more about the best Christmas markets in Germany. The festival grounds also serve as the stage for cabaret, theatre and circus acts. This year, Tollwood will feature the Hungarian Recirquel circus company.

The event focuses on international exchange, tolerance and acceptance. This year’s theme is “Values, people!” and topics like re-evaluating ethics standards will be dissected at their multimedia Welt Salon tent.
This will include poetry slams, panel discussions and concerts. As they say on their website: “Saving the world is exhausting, but can also be fun!”