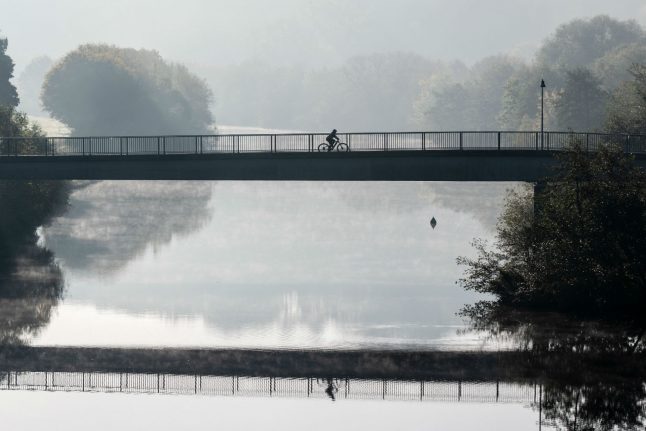 On Tuesday a cold front by the name of “Oldenburgia” – which counts its centre just north of Scotland – has most of Germany under its grip.

Temperatures throughout the day are expected to dip to around 6 to 12C, a big change from last week when they hovered in the low 20s in some parts of the Bundesrepublik, reported the German Weather Service (DWD).

Still, most of the country can count on a bit of sunshine, with the exception of the very south and northeast, which will be met with rain and light showers.

During the night, ground frost is expected to form in parts of the country, and the area in and around the Bavarian Forest will likely see the first snowflakes of the season.

Throughout the day Wednesday and on Thursday, rain is expected to fall in the south and southwest.

On Thursday night, temperatures will dip the most dramatically. At the edge of the Alps the temperatures are likely to drop to minus 10C degrees.

Friday morning appears similar, with chilly morning temperatures to be found around the country, reported DWD.

“In some places, no more than 5C will be reached during the day,” said the meteorologist Dominik Jung to weather forecasting website wetter.net, “So there's a very sharp drop in temperature.”

In the days leading up to November, Jung added that “the first snow is in sight – perhaps even down to lower altitudes.”

In a tweet, DWD mapped out temperatures around Germany on Thursday evening and Friday morning, including which areas are expected to be the sunniest.

Yet before the winter weather officially kicks in, full force, throughout Germany, the south is slated to get a sunny respite, with temperatures up to 18C expected.

Yet another cold front will bring frosty weather to the north of the country, and windy hurricane gusts to the centre of Germany.

DWD issued a storm warning, with caution advised around the eastern state of Saxony-Anhalt and in the Harz Mountains.