Eight of the tastiest German foods for autumn

Come October in Germany, most markets big and small abound with autumn delicacies. Here are our top picks for fine fall cuisine, both sweet and savoury, that will have you feeling gemütlich throughout the season.

READ ALSO: Six signs that autumn has arrived in Germany 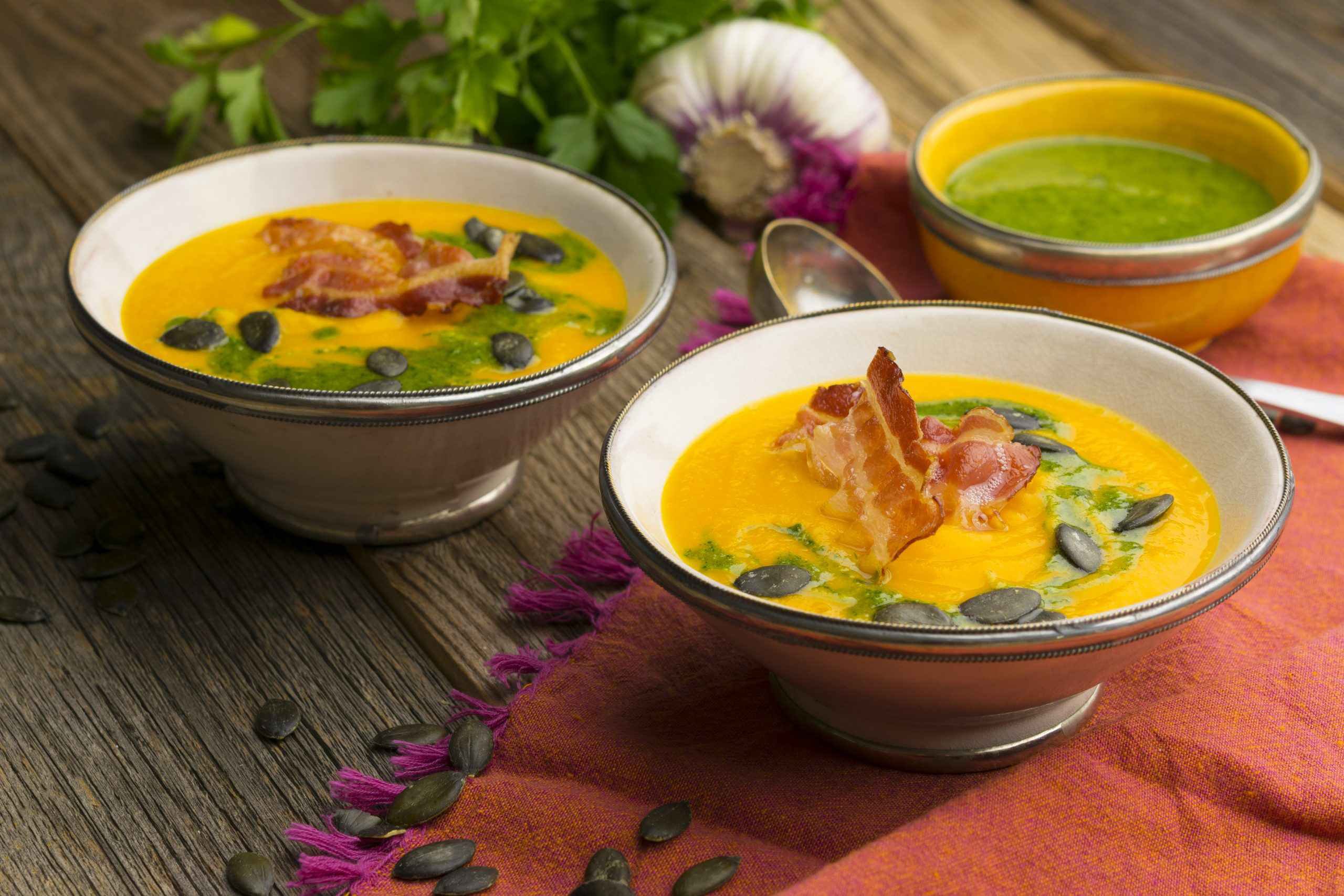 One of the most traditional fall foods is the pumpkin. It can be combined with almost every meal to add a fall touch to it.

Often pumpkin soup is served as an appetizer or a main course. The recipe can vary from plain pureed pumpkin with cream and spices, to variations with coconut milk or curry. Usually, hokkaido pumpkin is used for this dish, but Halloween or butternut pumpkins do the trick as well.

These varieties of pumpkins can simply be purchased in the supermarket or at the “Kirmes”. The “Kirmes” originally began as a church celebration, but nowadays people mainly refer to it as a food market. These markets, also called “Erntefest” (harvest fest), sell food, other items, and offer activities such as pumpkin carving.

The traditional food of the fall is the “Sankt Martins Gans” (Saint Martin’s goose). November 11th commemorates Saint Martin who, legend says, hid in a goose stall to avoid him being voted to Bischoff but was revealed by the gaggling of the geese. Since then the geese were served for dinner which turned into a feast in honour of Saint Martin.

This feast entails a cooked goose as the main dish, often stuffed with apples or prunes. The dish is traditionally served with side dishes such as Rotkohl (red cabbage) and boiled potatoes, but often with extras such as Rosenkohl (brussel sprouts), Semmelknödel (bread dumplings)l, Grünkohl (green cabbage) and Maronen (chestnuts).

This memorial day also includes the traditional Martinsumzug, where children and parents (often together with the kindergarden or school), walk through the streets with homemade lanterns, singing songs about Saint Martin.

A very delicious hearty meal are “Rouladen” which can either be served as cabbage rolls filled with meat (Kohlrouladen) or meat rolls filled with vegetables (Fleischrouladen). The preparation of this meal is slightly time consuming until you get the hang of how to roll the “Rouladen” perfectly. They are served with potatoes and the gravy that is created during braising. As German comfort food at its finest, this is very filling dish that will warm you up from the inside. 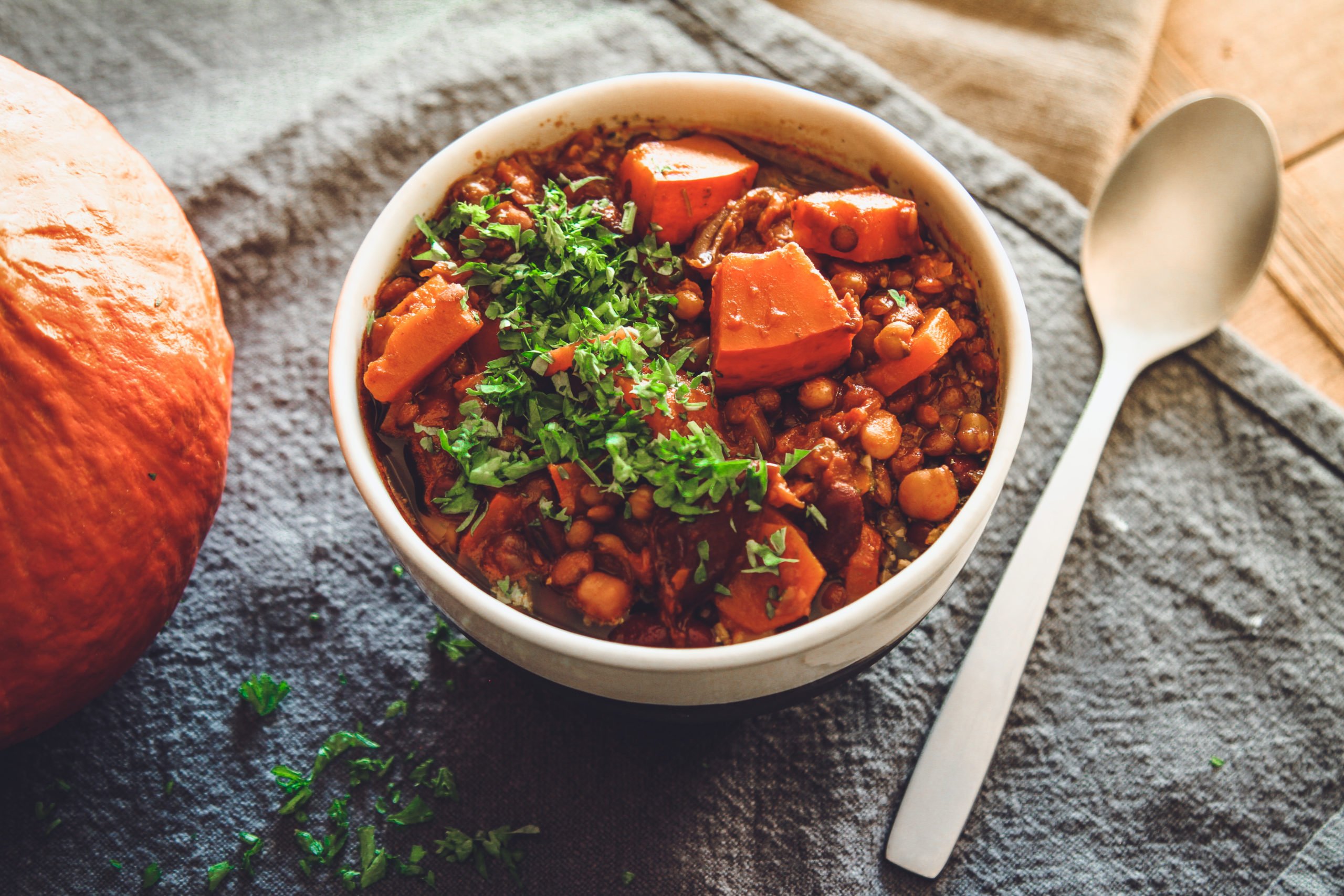 This meal originates from Hungary but is loved by Germans, and still considered to be a very German meal. Goulash consists of braised meat, mostly beef or pork, in a thick brown sauce. Often it derives a fruity flavour from cranberries, apricots or plums, and is served with Knödel (dumplings) or, my favourite, “Spätzle” (a sort of egg-noodle). “Spätzle” is a Swabian (southwest Germany) traditional food that goes great with any thick sauce and especially with game.

Linseneintopf (Lentil stew) is not the most appealing dish to the eye, but a very satisfying meal for a cold fall day. It often contains cubed vegetables such as potatoes, celery and carrots and pieces of bacon or sausage. You can make it yourself, but for a lazy afternoon, canned lentil stew is just as appetizing.

Germans love their potatoes. “Kartoffelsuppe” (potato soup) is a great meal to fill up on and warm your belly. It is easy to cook, and great to make in big batches in order to freeze it and then defrost whenever you need it.

It is rich and has a thick consistency, so it is technically a stew. Of course, it can be varied by added vegetables or meat to cook it to your liking.

Not only is Germany's savoury cuisine very delicious but it is also renown for their desserts. 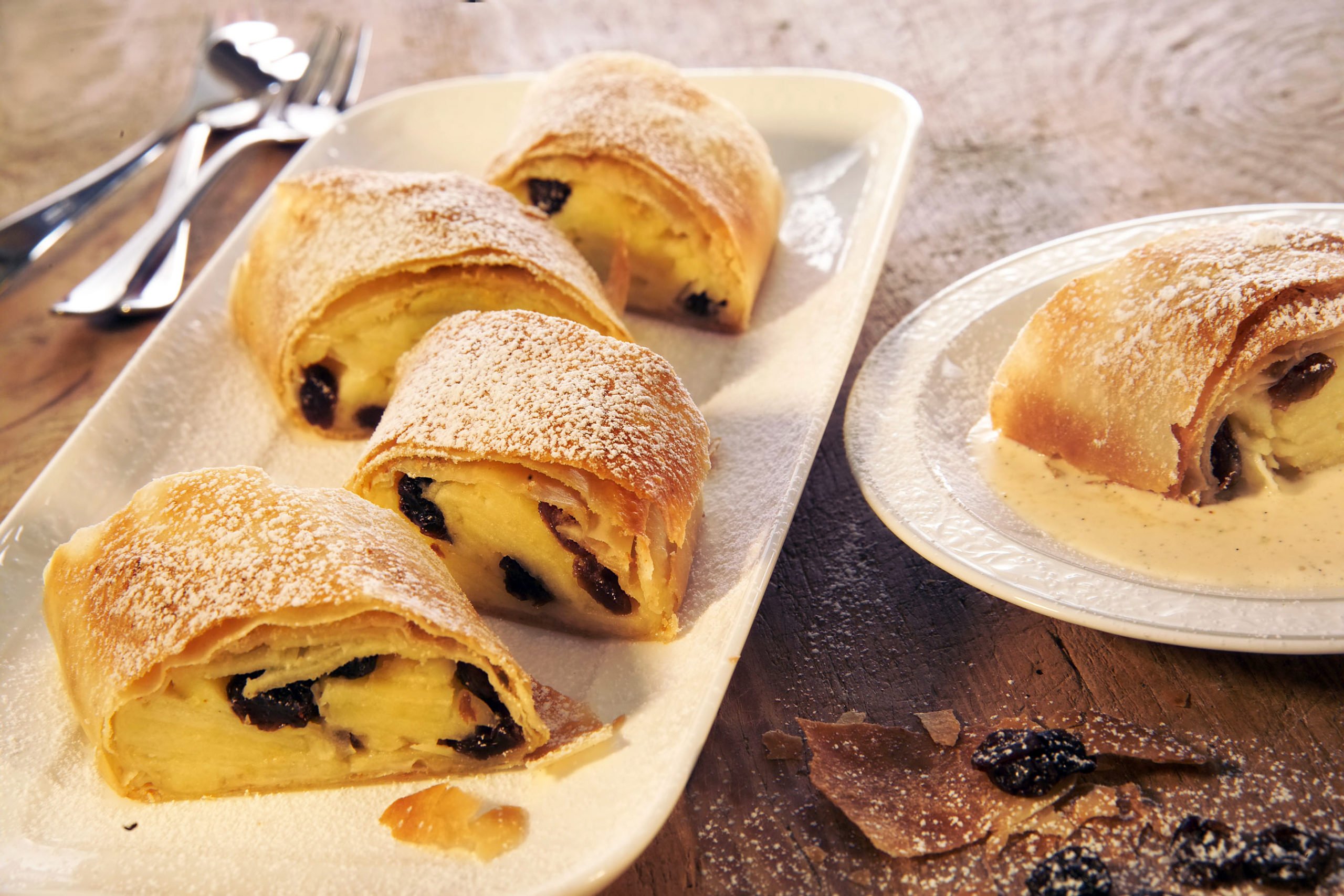 Apfelstrudel traditionally comes from Austria but nowadays is an international dessert. Germany has alternated the classic apple strudel and created the “Bayerischer Apfelstrudel” (Bavarian apple strudel).

This variation adds sour cream, regular cream or milk to the classic recipe which creates a creamier texture. The classic Austrian apple strudel focuses more on the apple and strudel taste whereas the Bavarian recipe adds a daily ingredient which creates a more cake-like dessert. Either recipe is tasty.

This east middle German recipe is similar to “Eierkuchen” (pancakes, often rolled up), but made with yeast. You can either eat them “klassisch mit Butter, Zimt und Zucker” (classic with butter, sugar and cinnamon) or with apple kompott. If you like savoury pancakes more, try them with butter and a little salt.

These fall savoury foods and dessert are great, but just wait for Christmas time. It doesn’t get better than that.