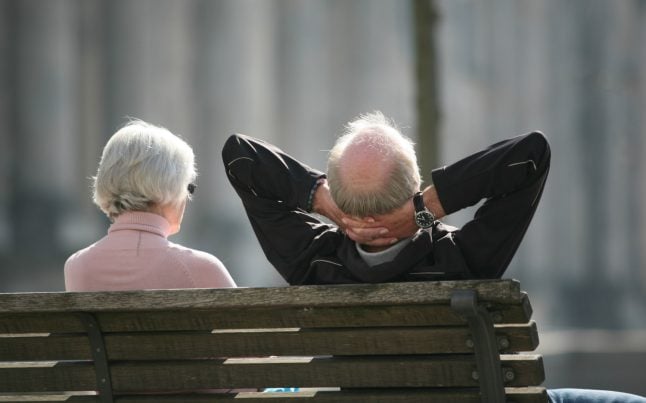 Should the retirement age go up to 69 in Germany? Photo: DPA

Germany's statutory pension funds will come under considerable pressure in the future due to increased life expectancy, the Bundesbank stated in its report for October 2019.

To tackle this, the bank has proposed a long-term increase of the retirement age in Germany to just over 69 years.

“Due to demographic developments, the pay-as-you-go statutory pension insurance will come under considerable pressure in the future, especially from the mid-2020s,” the central bank stated in its October monthly report, Zeit wrote on Tuesday.

Currently, the official pension age for women and men in Germany is 65, but that is gradually increasing to 67 over a transition period up until 2031.

According to experts, however, the current pension age is not sustainable. Once the baby boomer generation has retired, fewer new workers will be there to fill the gaps and that means fewer contributors into the social security system.

In order to keep the system stable, there is “a need to adjust the key parameters of the pension insurance system,” write the economists at the Bundesbank. An important starting point for further reforms is the retirement age, they say.

Under the Bundesbank's proposal, those born in 2001 would only get to retire in 2070 at the age of 69 and four months.

This adjustment would not only relieve the burden on the pension fund, the central bank argued, but “it would also strengthen the overall economic potential by increasing employment and therefore supporting the assessment bases for taxes and social contributions”.

However, the proposal has been met with some criticism, especially from the centre-left Social Democrats, the Greens and Die Linke (The Left).

READ ALSO: How to maximize your German pension even if you plan to retire elsewhere

What to know about retirement in Germany

Then for those born after 1958, the retirement age increases by two months each subsequent year until it reaches 67 for people born in 1964 and after.

The amount you must contribute towards your state German pension, through social security contributions, is calculated on your annual salary, which is automatically deducted by your employer and paid along with the same amount paid by the employer to make a 50:50 contribution from both parties.