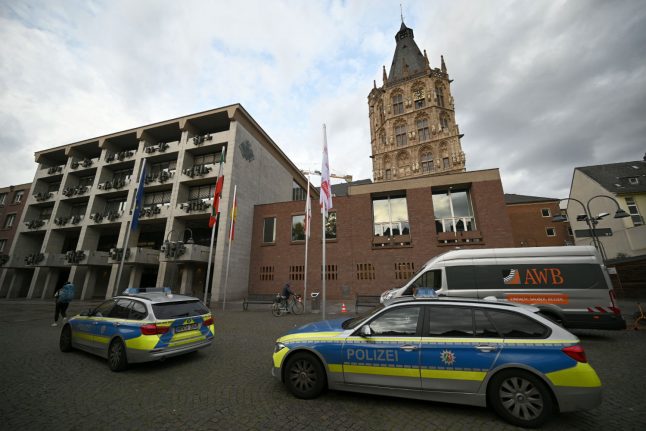 In a threatening letter left at Cologne's historic town hall and quoted by local newspaper “Express”, it was announced that a backpack of plastic explosives would be found near the main entrance, which could blow up “half the town hall”.

“On 15.10.2019 (Tuesday) you will find a dark sports backpack near the main entrance in the historic Rathaus (town hall) at 9am,” read the letter.. “If you see it, do not shake or pick it up from the ground.”

The letter, signed by the unknown “Cyber Reichswehr”, stated that the rucksack is filled with the plastic explosive acetone peroxide (TATP, APEX), which would be activated by a chemical time fuse around 9.45am. However, the said explosion did not occur.

“If you don't take this threat seriously, you will have a lot of innocent blood on your fingers,” the threat continues.

Additional demands and a “statement” would be made this week, continued the letter.

On the same morning, Bremen’s town hall received a bomb threat per email, also stating that a device would detonate at 9.45am, reported the local newspaper Kreiszeitung.

The town hall was evacuated, and police are currently investigating if there is a connection with the threat in Cologne.

An employee at Munich’s city hall also received a similar threat per email on early Tuesday morning and police said could lead to a “dangerous situation”, reported local newspaper Merkur.

The officers inspected the building and no immediate safety hazard was detected. According to the police, the 'Cyber Reichswehr' was also behind the threat.

In Cologne, authorities are currently investigating the “seriousness of the threat,” according to Police Commissioner Uwe Jacob.

Even though the police discussed possible measures such as the evacuation of the town hall, it continued to stay in operation throughout the morning and early afternoon.