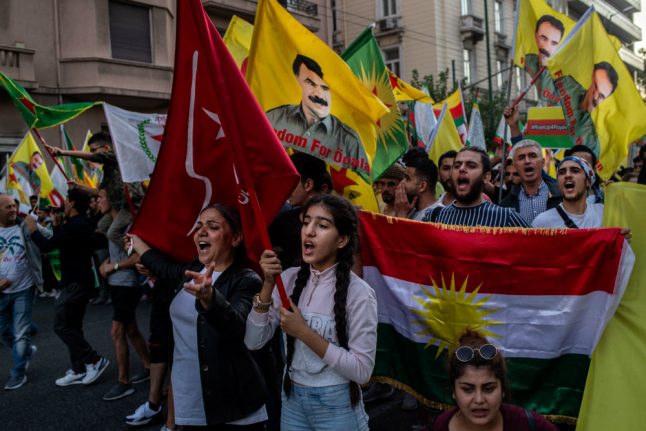 Turkish soldiers on Wednesday launched a cross-border assault againstKurdish fighters Turkey sees as terrorists in defiance of international criticism and threats of sanctions.

In a joint statement from the defence and foreign ministries, France said it had suspended all planned exports of “war materials” to Turkey that could be used in their offensive into Syria.

The Paris statement came hours after Germany, one of Turkey's main arms suppliers, also said it had suspended exports.

A number of countries have condemned Turkey's offensive, and Finland, Norway and The Netherlands have already announced that they are stopping arms exports to the country.

A meeting in Luxembourg Monday of the European Union's foreign affairs committee will decide on a coordinated European approach to the issue, a French statement said.

It noted France's “firm condemnation of the unilateral offensive engaged byTurkey in the northeast of Syria”.

Both the French and German statements Saturday warned that the offensive could have serious humanitarian consequences.

Germany will not issue any new permits for any military equipment that could be used in Syria by Turkey, Foreign Minister Heiko Maas was quoted as saying in the Sunday edition of Bild newspaper.

Responding to Germany's announcement, Turkey's Foreign Minister Mevlut Cavusoglu told Germany's Deutsche Welle radio that it was “a question of national security, a question of survival”.

Any arms embargo would only strengthen their resolve, he added.

The YPG has been the backbone of the Kurdish-led Syrian Democratic Forces who were the main partner on the ground in the US-led campaign against the Islamic State group.

Ankara considers the YPG a “terrorist” offshoot of Kurdish rebels who have been fighting an insurgency against the Turkish state for three decades.

Thousands of people marched in several European countries Saturday to protest the Turkish assault and condemn US President Donald Trump for having abandoned the Kurds as a key ally.

The SDF lost 11,000 fighters in the protracted US-led campaign against IS before finally overrunning the jihadists' self-proclaimed “caliphate” in March.