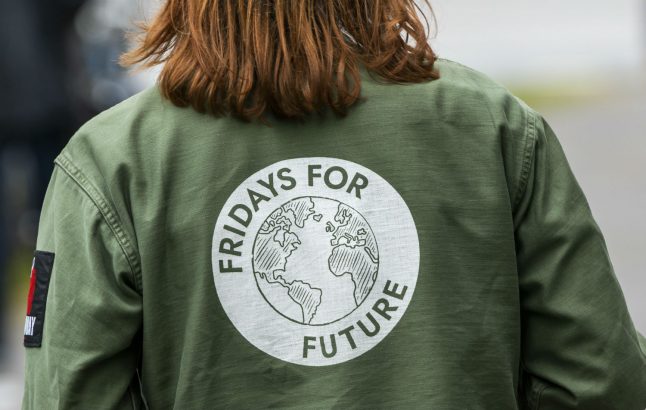 For months, young people in Germany – and across the world – have been on strike from school every Friday, demanding that politicians take more action against global warming and the threat of climate catastrophe.

Now a global strike led by Fridays for Future will take place on Friday. Organizations, including churches and trade unions, will join forces with demonstrators.  Another demo is planned for the following Friday, September 27th.

Adults are invited to leave work and join pupils for the protests.

Good morning world. Germany is getting ready for its biggest ever climate mobilization, with climate strikes in 575 cities. This has never happened before. #GlobalClimateStrike pic.twitter.com/PvQV8qXj3T

What are demonstrators calling for?

Fridays for Future, led by 16-year-old Swedish climate activist Greta Thunberg, is calling for governments to commit to reducing CO2 emissions to stave off the worst impacts of climate change.

The students argue that governments are not on track to meet their commitments under the 2015 Paris Agreement, which aimed to keep global warming below 2C, let alone the more ambitious 1.5C threshold. Germany has admitted that it will miss its 2020 climate goals.

In Germany, protesters are also demanding a rapid exit from coal mining. They say government proposals to phase out coal by 2038 are too late.

Yes, it's having some impact. On Friday, the German government is planning to unveil a multi-billion-euro plan to tackle climate change.

Chancellor Angela Merkel has been feeling the heat from the vocal movement – and has said climate change is a top priority for the country.

Yesterday the movement #FridaysForFuture received the @amnesty International’s Ambassador of Conscience Award. We are so incredibly honoured by this!
Activism works. So act! See you on the streets 20-27th of September. #ClimateStrike #schoolstrike4climate pic.twitter.com/mdspKFCnHp

The Global Climate Strike comes just before countries will gather at the United Nations for the Climate Action Summit on September 23rd.

Where are they taking place?

From Aachen to Zwickau, right through to Antarctica and Venezuela, activists have announced protests in more than 2,000 cities in 150 countries for the strike demos.

In Germany alone, at least 575 demonstrations have been planned so far in dozens of cities on Friday.

This map shows exactly where they are taking place in Germany.

In the capital Berlin, several demos will take place throughout the day. The Fridays for Future gathering starts at 12noon at the Brandenburg Gate under the motto: “Everyone for the climate”. Organizers expect 10,000 people.

Groups belonging to the alliance “Ungehorsam für alle“ (Disobedience for all) are also planning road blockades later in the afternoon.

How do I get to these demos?

Of course the best option would be for climate friendly transport, such as a bicycle, but that's not possible for everyone. And what about if there's not a climate demo near you but you still want to join?

If that's the case, you could take advantage of an offer from German long-distance travel firm Flixbus.

Flixbus have said they will offer refunds on rides to climate change protests this Friday and on September 27th.

“The Global Climate Strike grew from the courageous initiative of a Swedish schoolgirl, Greta Thunberg; we want to enable both customers and colleagues to visit this important event and demand climate action,” said Flixbus managing director André Schwämmlein.

Flixbus employees are also being allowed to miss work to attend the protest.

If you want to travel to a protest using Flixbus, you need to take a selfie at the strike in order to have the cost of travel refunded. You can send the selfie along with a screenshot or PDF of your ticket to [email protected] before October 6th 2019.

The intercity bus company also unveiled a plan to become carbon-neutral by 2030, and aims to phase in electric buses.

“What the world needs is climate-friendly travel options, not more cheap flights and half empty cars on the road,” said Schwämmlein. “With FlixBus, FlixTrain and FlixBus Charter we are part of the sustainable travel revolution.”

Can I take time off work to join the strike?

You can join the strike without any problems if your company encourages or at least tolerates that the workforce plans to take part in the Global Climate Strike. For example, in Germany the GLS Bank and Naturstrom, which both have hundreds of employees, say they will shut down operations on Friday.

The mayor of Düsseldorf has also asked his office leaders to enable the municipal employees to demonstrate. Those who make use of flexitime arrangements or take a holiday are also in the clear.

But if you're company doesn't give the all-clear then it would technically be illegal to strike in Germany.

Anyone who goes out on the street during working hours risks a warning or even dismissal. But because this is an exceptional case and many other people are striking, it would be difficult for employers to impose sanctions.

The Fridays for Future movement began in August 2018 when the then 15-year-old Thunberg went on strike from school for consecutive Fridays in front of the Swedish parliament building to draw attention to the climate change crisis.

Thunberg will be protesting in the US where she arrived last week after travelling there over several days by carbon-neutral sailboat.

The strikes are being supported by dozens of organizations.

Fridays for Future in Germany is being supported by environmental and development organizations such as Greenpeace and Brot für die Welt, as well as the Protestant Church, the trade union Verdi and the German Cultural Council, reported Welt.

On Monday, Fridays for Future called on everyone in Germany to take part in the demos.

“Young people and adults together can drive the government to act,” they said. “So far, the federal government has failed.”