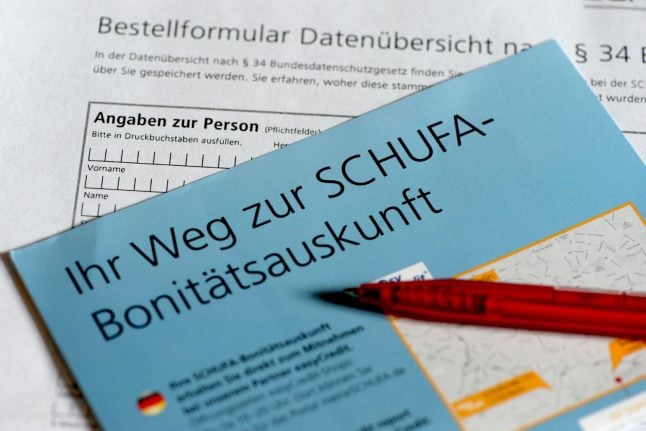 A Shufa can certainly be scary if you don't understand it.

When most of us move, the most annoying hassle is simply unpacking those giant moving boxes. But in Germany, what would any change, big or small, be without a mountain of bureaucracy to accompany it?

Meet the so-called Anmeldungspflicht, or the need to register a new address with your district’s local office. Despite long waiting times for appointments in some areas, this can only be done in person and must be done within two weeks of moving, or six weeks in corona times. Anyone living in Germany who isn’t an EU citizen will know this word all too well. Standing for “foreigner’s offices”, Ausländerberhörden are responsible for granting residency permits. Waiting times of several months for an appointment are not unusual in bigger cities.

In Berlin it’s not unusual to see students camping out at 4 am for a drop-in meeting to secure their visa. Inside, officials are notorious for spontaneously demanding new documents and for making you set up another appointment to hand them in. And so it goes on.

This “probability of precipitation” can usually be used when predicting Germany’s weather at any time of the year. Often a blissfully sunny summer day will seem too good to be true – and that’s because, well, it is. Thanks to that ominously grey cloud in the distance, the Niederschlagswahrscheinlichkeit is pretty high. Unless you live in this district of Augsburg, where the rent hasn’t gone up in 500 years, you’ll know to fear this word. Residents of cities such as Berlin and Munich live in daily terror of receiving notice that, due to building reconstruction or the current Mietspiegel – a comparison of the ever-growing rent prices in the neighbourhood – your rent is going up.

At other times landlords simply subject their tenants to so much construction noise while refurbishing new units for higher prices, that fed-up tenants pack up and move of their own accord. Germans have a reputation for efficiency, but most commuters will know that they can fail pretty miserably to live up to it when it comes to public transit. It only takes a technical delay or, another beloved word, Bauarbeiten (construction work), to herald substitute buses that, in theory at least, will eventually get you to your destination.

Dreaded by natives and foreigners in Germany alike, this lengthy tax declaration has to be filed by July 31st of each year. The good news is that, if you secure a Steuerberater (tax advisor), you automatically receive an extension until the end of February the following year to file. And for those brave enough to tackle the mountain of paperwork themselves, there is at least a website to walk them through the process.

Who would think that such a short word could be so complicated? Schufa stands for the credit check that is needed in Germany to apply for a loan or apply for a flat. It’s a bit of a nuisance for newbies in Germany, who are searching for a space to live and don’t yet have any German credit built up; though some particularly nice landlords (urban legend has it some exist) might let you show one from your home country. This German word for insurance wouldn’t be so scary if there were only one or two types of it. But it seems like the Germans have a type of insurance for everything.The average German pays about €2,400 a year for six different types of insurance, a number which has doubled in the past 20 years.

For most of us, insurance types such as health, auto and travel are no-brainers. But only when we move to Germany do we start thinking about Haftpflichtversicherung (third-party liability insurance), which would spare you the tens of thousands of euros you would be accountable for in the event that you accidentally bump into your neighbour, causing him to slip into the street, get hit by a car and need monthly medical bills paid.

Or if you wanted to claim this accident wasn’t your fault in the first place, it might come in handy to have verschuldensunabhängige Versicherung (or no-fault insurance).

This is a huge word for a pretty simple idea (speed limits). While some expats might daydream about speeding down the Autobahn, they should be warned that the German reputation for highways free of speed limits only exists on certain parts of the road.

It’s the norm for the limit to shift between 80 km/h, 120 km/h and unlimited. You have to pay keen attention to spot the changes – if not you can expect a letter from the police informing you that you disobeyed a Geschwindigkeitsbeschränkung. Some in Germany may be surprised and perhaps a tad bit scared when they receive a piece of paper in their postbox or pushed under the door with this word, along with a Tim Burton-esque cartoon figure carrying a giant broom. These men seemingly hailing from the Mary Poppins era do still exist. Nowadays, his job mainly involves checking boilers, not diving into the depths of chimneys, returning with grimy cheeks. But don’t fear him: someone has gotta do our dirty work.