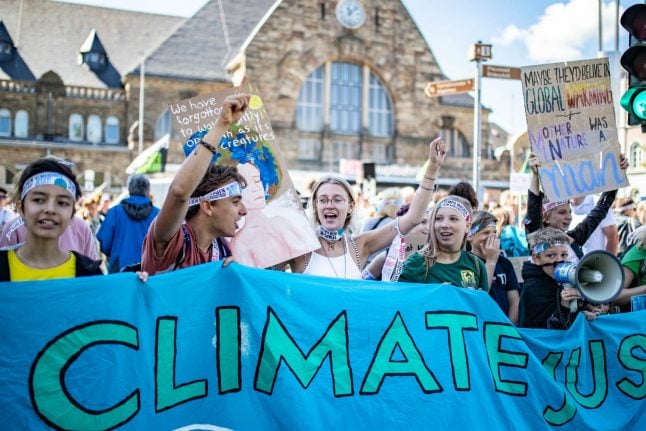 Pupils in the German city of Aachen were out in force on Friday. Photo: DPA

Some 20,000 students from 16 countries were due to gather in the city of Aachen in North-Rhine Westphalia for what was billed as the first big international “Fridays for Future” demonstration in the school-strike movement started by Swedish teenager Greta Thunberg.

Several hundred pupils started congregating ahead of the 11am rally, unfurling banners with messages that said “Why study if we don't have a future?” and “If Earth was a bank, you would have rescued it long ago.”

It came as activists from the “Ende Gelände” (EG) movement aimed to slip through police lines and launch non-violent acts of civil disobedience to halt operations at the massive Garzweiler lignite mining operation of energy giant RWE near Cologne.

“We are unstoppable, another world is possible,” they chanted as they walked toward the 48 square kilometre open-pit mine where building-sized excavators churn through what resembles a moonscape.

The German phrase “Ende Gelände” means something is irrevocably finished, similar to “end of story”, which is how the protesters feel about the fossil fuel age.

“Today we set out with thousands of people towards a future without fossil fuels, without exploitation and without this destructive quest for infinite economic growth,” said EG spokeswoman Sina Reisch ahead of a planned weekend of sit-ins and protest rallies.

The rallies were being closely watched in Germany, where surveys suggest global warming is now the public's top concern, and where the Greens party is for the first time polling neck-and-neck with Chancellor Angela Merkel's conservatives.

Especially since last year's scorching summer – when drought damaged German agriculture, forest fires raged and shipping was halted on dried-out rivers – many voters agree with the protesters' demand on carbon fuels, to “keep it in the ground”.

Germany, Europe's most populous country and biggest economy, has long promoted clean renewables such as solar and wind while phasing out nuclear power. However it is missing its climate goals because of a reliance on cheap coal from mines like Garzweiler, one of three huge open-cast mines with nearby power plants that RWE operates in the Rhineland regio.

Merkel's government has pledged to phase out coal by 2038 – a deadline which the protest movement rejects as far too distant given global warming is melting ice caps and glaciers, raising ocean levels and exacerbating extreme weather events.

“Today we are taking the coal phase-out into our own hands because the government is failing to protect the climate,” said EG spokeswoman Nike Malhaus.

READ ALSO: Will Germany soon have its first Green chancellor?

The activists have set up base in a colourful “climate camp” tent city, which boasts a vegan food canteen, medical centre, child care and an open-air cinema, near the town of Viersen.

Among the more seasoned protesters, some of them veterans of the anti-nuclear movement since the 1980s, were school-aged activists from the “Fridays” movement.

One of them, Dörthe, 19, said she had “always been a good citizen” but was now ready to demonstrate and “go further” in non-violent demonstrations.

“It's exciting and it's great to see that so many people feel the same way. It comforts me because I know I'm not alone.”

Another activist, Günter Wimmer, 76, said environmental threats mean “we are close to a tipping point. No-one can say exactly where we are, but we're close.”

“Mrs Merkel, a scientist, has been patting young protesters on the head, saying 'it's great what you're doing', while continuing with policies that are depriving them of their future,” he said.

Wimmer said he was heartened by the passion for change of the youngsters around him.

By Daphne Rousseau and Yann Schreiber 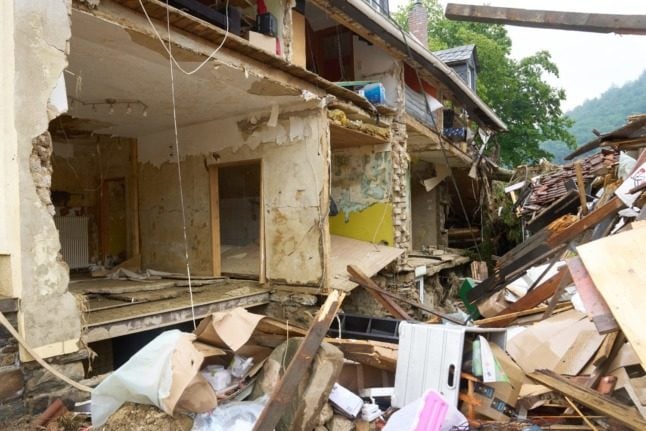 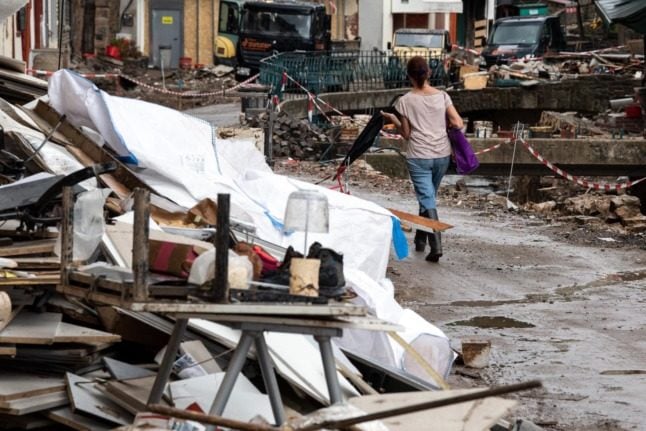