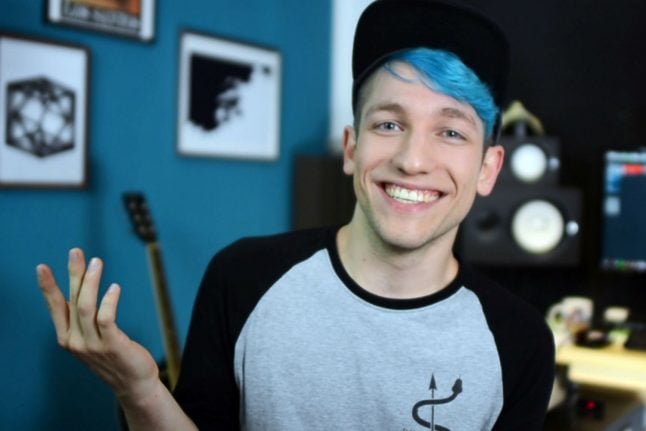 In the video “The destruction of the CDU”, Rezo accused the Merkel-led coalition of making policies “for the rich” while failing to act on crucial issues like global warming.

CDU heavyweights initially hit out at Rezo accusing him of false claims or oversimplifying the issues, before taking a more conciliatory tone inviting him to dialogue.

But the damage had been done.

In this YouTube video, Rezo speaks out against the CDU and mainstream politics.

On Friday, the problem snowballed with 70 YouTubers — some with more than five million followers — joining Rezo in a riposte explicitly telling voters to shun the parties in Merkel's coalition.

The CSU is the CDU's sister party in Bavaria, the SPD is the centre-left Social Democrat party and the AfD or Alternative for Germany is a populist anti-immigration party.

“The irreversible destruction of our planet is unfortunately not an abstract scenario but the predictable result of the current policies,” the YouTubers said.

“The experts say clearly that the course taken by the CDU-CSU and the SPD is drastically wrong and is taking us into a situation in which the Earth is getting inexorably warmer, no matter what we do,” they added.

“Dear politician: of course you now have the possibility to discredit us again. You can accuse us of not having any plan to tackle what we're talking about. That we're lying. That we're participating in a fake news campaign.

“You have already used all these respectless techniques against us this year, against your own people. And we are speaking for very many citizens when we say: you haven't won yourself any friends.”