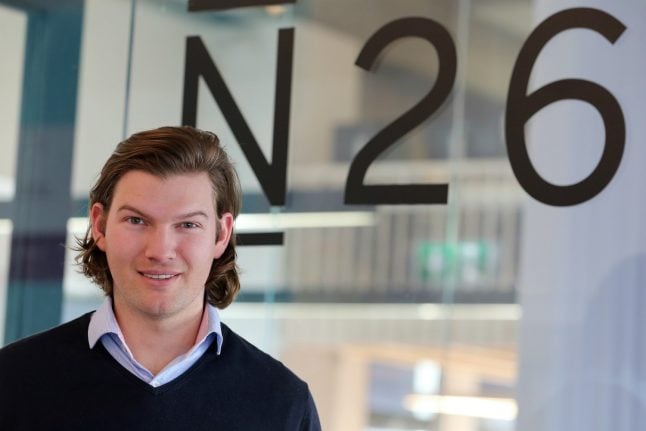 “On May 20th, Bafin ordered N26 to take appropriate internal security measures to prevent money laundering and terrorism financing,” the authority said in a statement.

SEE ALSO: The complete guide to opening a bank account in Germany

N26 must re-confirm the identities of “a given number of existing customers”, as well as improve its data processing and formalize internal processes.

“What's more, N26 bank must ensure an appropriate provision of staff, technology and organization to uphold its obligations regarding money laundering,” Bafin said.

The authority did not reveal the deadline it has set the financial firm to comply with the order.

With its “no bullshit” adverts plastered around Berlin and standout transparent debit cards, N26, which is popular among internationals in Germany, claims it has gathered more than one million customers around Europe.

The bank said it became Germany's first financial technology or fintech “unicorn” — a tech firm valued at over $1 billion — when it raised a new funding round in January to expand into the US.

Its rapid growth has rested in part on fast-track identity procedures, with clients asked simply to scan or photograph a document before verifying it in a video interview with an employee.

N26 said in a statement Wednesday it had taken the order “very seriously” and would “where necessary carry out a repeated identity verification of customers”.

“We have already agreed the necessary measures and deadlines for implementation with Bafin in advance,” the firm added said, saying it was “sure” of making the improvements in time.

N26 also said it would finish working through a backlog of suspicious transactions flagged by automated systems by the end of the month and was “continually” hiring new staff.

BANKING
‘Move into this century’: How Germany could improve its banking system
Url copied to clipboard!