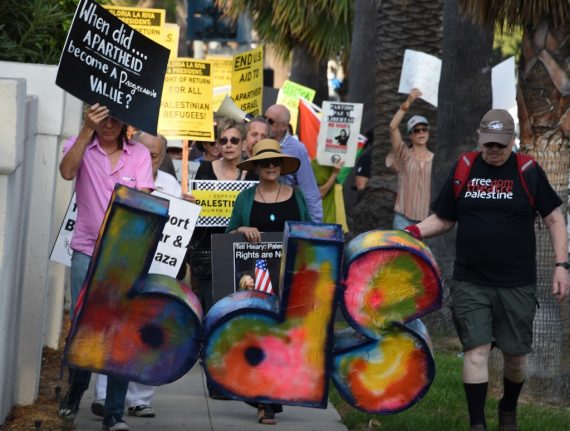 The call by the pan-Arab bloc comes after the Bundestag passed a motion on Friday against the Boycott, Divestment and Sanctions (BDS) movement, warning that its actions were reminiscent of the Nazis' campaign against Jews.

BDS, founded in 2005, describes itself as a Palestinian-led movement, which calls for the boycott of Israeli goods, services and culture as a means of pressuring the Jewish state to end its occupation of Palestinian territories.

The Arab League's assistant secretary-general for Palestinian affairs Saeed Abu Ali said in a statement the Bundestag's motion against BDS is “regrettable… unjustified… (and) biased” in favour of Israel.

He urged Germany's parliament to “reverse this erroneous step and support the Palestinian people's right for liberation.”

The non-binding resolution said the BDS movement's “Don't Buy” stickers on Israeli products revive memories of the Nazis' slogan 'Don't buy from Jews', and other graffiti on shop facades and windows.

The Bundestag also pledged to reject any financial support for the boycott movement, and to prevent BDS and its partners holding events on its premises.

The multi-party motion was backed by Chancellor Angela Merkel's centre-right CDU-CSU bloc, the Social Democratic Party, the liberal FDP and the Greens.