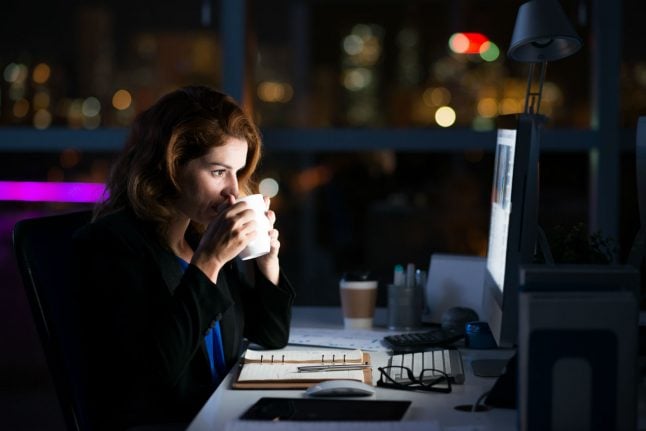 Employees working overtime should be paid for the extra hours, the EJC ruled on Tuesday. Photo: Depositphotos/Dragon Images

Employers in the EU will be obliged to systematically record the daily working hours of their employees, the European Court of Justice ruled on Tuesday. That means that checking emails during breakfast or taking a phone call with one's boss during the Feierabend will be officially considered work.

German employers are outraged, while trade unions are celebrating. But what exactly is changing now?

SEE ALSO: Why every country should get on board with the German Feierabend

Just what did the ECJ decide?

The core of the ruling is as follows: all EU states must oblige employers to set up an “objective, reliable and accessible system” to record the daily working time of every employee.

The case stemmed from a complaint in Spain that Deutsche Bank SAE should be obligated to the record the time logged each day by staff members, even in typical “off-hours” as they didn't feel they were being fairly compensated. The requirement now applies in Germany and all EU member states.

It's yet to be determined exactly how the ruling will be carried out in Germany. Every individual member state can decide how exactly the system will be implemented, including whether individual activities can be omitted if they can't be precisely measured.

What is the purpose of the ruling?

The ECJ insists on EU workers' rights for the protection of health. Every employee has a fundamental right to a defined number of maximum working hours, they say, and to daily and weekly rest periods.

Only if the entire working time is systematically recorded can overtime be quantified, states the ruling. This is the only way in which employees can also assert their rights.

The number of overtime hours in Germany in 2017 was 2.1 billion, half of them unpaid, reports the Federal Government.

What is the legal situation so far?

“For this purpose, the regular working time must be known,” he said. This means that employers would actually have to determine the normal working hours, and that nothing would change in practice.

What does this mean for German employees?

“All working hours must now be recorded,” Annelie Buntenbach, member of the board of the German Federation of Trade Unions, told DPA. “We are very happy.”

From the unions' point of view, the ruling does not prevent flexible working hours, or working from home. With modern tools such as apps, time can also be recorded anywhere for employees.

But the legally capped daily working hours and the statutory rest periods of at least eleven hours should be easier to enforce, she said.

“If you make another business call or answer emails at nine in the evening, the working time is to be documented as such,” explained Buntenbach. With a rest period of eleven hours “one must not start again before eight the next morning.”

Dr. Sören Langner, partner and specialist lawyer for labour law in Berlin, took a more critical view of the ruling: “For employers, recording daily and weekly working hours means a new bureaucracy monster and the temporary end of working hours based on trust.”

And how did employers react?

Not surprisingly, many German employers have reacted badly to the EJC judgement.

The Federal Association of German Employers' Associations (BDA) complained that this decision appeared antiquated. “We employers are against the general reintroduction of the time clock in the 21st century,” they said.

The decision was made to the detriment of workers who want to work flexibly, they added, stating that it goes against the typical honour system based on salaried employees working a certain amount of time, but not having to report where and when the work was carried out.