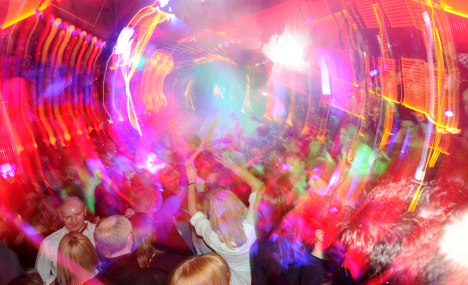 On Good Friday, the beginning of the four-day Easter weekend, it will be illegal to dance in public for the full day in 12 out of the 16 states in Germany, with the remaining four enforcing a partial ban during the day.

Some states take the religious festival more seriously than others, with the strictest states being Baden-Württemberg and Bavaria in the south. Both states have bans starting on Maundy Thursday and running to Easter Saturday. In Bavaria, any kind of music even in bars is forbidden.

And in Frankfurt in Hesse, as we reported on Thursday, party organizers could face a €1000 fine for flouting the ban.

Even in Berlin, Germany's party capital, dancing is illegal from 4am to 9pm on Good Friday. These might not seem like typical party hours, but clubbing in Berlin can often work on a different timetable.

But it would seem that party-goers in Berlin have nothing to worry about.

Joachim Wenz, head of the public order office for Friedrichshain-Kreuzberg, a popular district for Berlin nightlife, told radio station rbb in 2015: “Over the last six years since I've been here, we haven’t been active in enforcing the law.”

The thinking behind the decades-old bans is that there should be respect for Christians, for whom Good Friday and Easter Saturday are days of mourning for Jesus' death, and are considered “holidays of silence”.

“On Good Friday and Easter Sunday it's about taking a pause to show consideration for those grieving,” Heike Krohn, spokeswoman for the Berlin-Brandenburg Protestant Church, told rbb.

As well as dancing, other activities are banned at Easter time, such as sporting events and gambling.

Although roughly two-thirds of the German population is Christian, religion in Germany varies a great deal by region.

The south and the west are traditionally very Christian, but the east of the country is one of the least religious areas in the world.

While the national percentage of non-religious people is thought to be around 30 percent, there is a non-religious majority in the east, with around 50 percent considering themselves atheists.

This perhaps explains the more relaxed laws on dancing bans in eastern states like Saxony, Saxony-Anhalt and Brandenburg, as well as the capital.

The ban has been met with opposition from groups like the Pirate Party, who have organized public dance events in protest in previous years. They're doing the same this year too, in Stuttgart. Bavaria has already relaxed its laws slightly, as has the northern state of Schleswig-Holstein.

Baden-Württemberg restaurant association Dehoga has criticized the ban, saying that “a sensible liberalization wouldn't be an attack on the law protecting public holidays”.

Still, a poll by YouGov showed that most Germans actually think the dancing ban on Good Friday is good.

To what extent the ban is actually enforced in places like Baden-Württemberg is another question, but we're not sure we'd chance it, especially in Frankfurt.