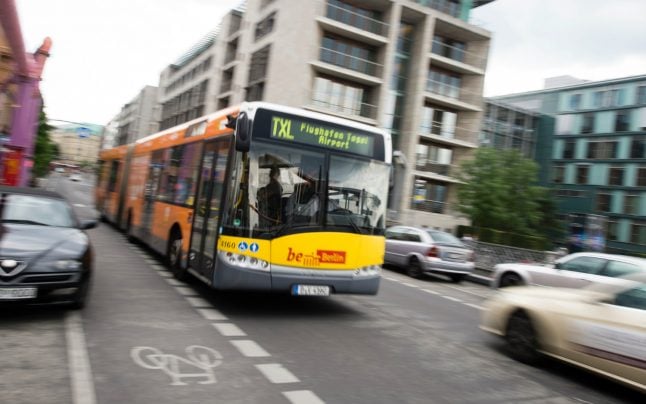 The powerful trade union Verdi called for bus drivers at Berlin’s public transport operator, the Berliner Verkehrsbetriebe (BVG), to down their tools and walk out as part of a so-called ‘warning strike’.

It is due to come after a day of chaos for passengers last month when BVG employees went on strike, halting most buses, trams and U-Bahn trains.

Bus drivers, and associated workers such as mechanics, are poised to stop working from 3.30 a.m. until 10 p.m. on Thursday (March 14th), Verdi announced on Tuesday evening.

The operation of the Berlin U-Bahn (subway) and tram is not directly affected in this action, although services may be busier than usual. The S-Bahn lines are also not affected because these trains belong to the operator Deutsche Bahn. Regional trains are not operated by BVG either.

The union is staging the action during negotiations over pay and conditions.

“The goal is to use this warning strike to increase the pressure on employers in the current negotiations,” Verdi negotiator Jeremy Arndt said.

Transport bosses warned there would be a lot of disruption.

“Unfortunately, our passengers will have to adjust to considerable restrictions in local transport,” the BVG said in a statement.

The BVG believe the bus network will be at a standstill for the strike and will remain irregular for a few hours after the end of the industrial action. Normal traffic is not expected to resume until Friday.

BVG is the largest municipal transport company in Germany and, with more than 2.9 million customer trips per day, it's the backbone of Berlin's local public transport system.

What you need to know

On the outskirts of the capital, subcontractors are often on the road on behalf of BVG. This means that these services will be running — just like the last strike, reported the Tagesspiegel.

It’s also important to note that the bus services which run to Tegel Airport in the north of the city will not be in operation. However, Berlin Airport Services confirmed they would provide a shuttle bus from Jakob-Kaiser Platz-U-Bahn station.

The bus line from Rudow U-Bahn station to Schönefeld Airport will also not be in operation, but the S-Bahn and regional trains will continue to run to Schönefeld.

Among other things, Verdi wants to implement a 36.5-hour working week with full wage compensation for the approximately 14,000 employees of BVG and its subsidiary Berlin Transport. Today, almost half of the employees have to work 39 hours — these are workers who have been hired since 2005.

Negotiations have failed so far despite offers by BVG to the trade union.

During the last BVG strike which took place on Friday, February 15th, the majority of U-Bahn, tram and bus services were halted from early morning until 12noon. Traffic slowly resumed to normal afterwards.

Many people got on their bikes and travelled to work that way. Luckily they had good weather conditions, with blazing sunshine. On Thursday a few rain showers are expected but with reasonable temperatures of around 8C.