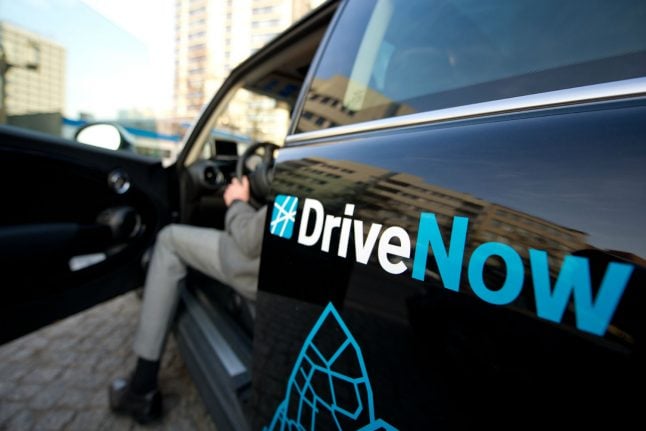 That means that, in future, they will be offering a slew of “mobility services”, including for electric cars.

“We are pooling the strength and expertise of 14 successful brands and investing more than €1 billion to establish a new player in the fast-growing market for urban mobility,” Dieter Zetsche, chief executive of Mercedes-Benz maker Daimler said in a statement.

SEE ALSO: Germany's two major car-sharing services are about to merge into one

The new joint venture will be based in German capital and tech industry hub Berlin, and create “up to 1,000” jobs worldwide, they added.

The two high-end manufacturers will organise their “mobility” businesses around five joint ventures.

Customers will be able to book shared cars, hail rides from taxis and chauffeur services, find and pay for parking spots and electric car charging points and plan “multimodal” journeys — pulling in alternatives like public transport and bike rentals.

Still further in the future, the two firms will offer “an all-electric, self-driving fleet of vehicles that charge and park autonomously and interconnect with other modes of transport,” he added.

BMW and Daimler's carsharing and other services like Park Now or MyTaxi today boast a combined 60 million customers, the companies said.

Carsharing is picking up in popularity in Germany, with several cities in western Germany such as Karlsruhe and Freiburg taking the lead in the number of vehicles available.

Since 2012, carsharing has experienced exponential growth in Germany, with 2.46 million users and availability in 740 places in Germany – from large cities to the small towns, according to data released Thursday from the German Carsharing Association.

SEE ALSO: Karlsruhe streets ahead of rest of Germany for car-sharing