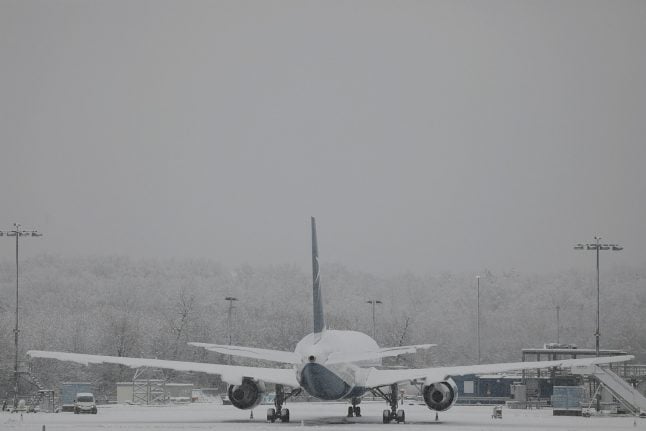 A grounded aircraft at Cologne/Bonn airport on Thursday. Photo: DPA

According to local newspaper the Rheinishe Post, police said 14 people had been seriously injured in accidents from Wednesday to Thursday morning while 63 had suffered less serious injuries.

Heavy snowfall interrupted traffic at Cologne/Bonn airport Thursday morning. A spokeswoman said that no take-offs and landings were possible from 9:15 a.m. onwards.

About two hours later, the airport announced via Twitter that flight operations were restarting. They added that delays could continue throughout the day.

The main runway is open again at @AirportCGN, flights are landing and taking off again. Please check with your airline if your flight os delayed or cancelled.

Runways had to be cleared of snow. When the closure happened, a spokeswoman said their winter care service was doing “everything so that we can continue soon”.

According to the airport, 16 flights – including 10 take-offs and six landings – had to be cancelled by noon. A total of 214 flights had been planned for Thursday. In parts of western Germany, heavy snowfall started again this morning after extensive snow yesterday. In Wuppertal, the zoo had to close down.

Between Wednesday and Thursday morning there were a total of 1079 traffic accidents in North Rhine-Westphalia (NRW) caused by snow and ice. Police said the damage to property in the accidents would likely amount to around three million euros.

On Thursday morning there were traffic jams in NRW over a total length of over 350 kilometres.

“The traffic situation was tense,” a police spokesman told the Rheinishe Post. Many commuters left early, which led to full motorways from 6.30 a.m. onwards.

Video below from RP Online shows the traffic chaos on Thursday.

In Mönchengladbach the city gritters and had been in operation since 3 a.m. However, it took until 8.30 a.m. for all streets with the highest priority to be cleared of snow.

In Düsseldorf, gritting vehicles were on the roads from 2 a.m. to clear almost 1400 kilometres worth of roads, footpaths and cycle paths.

Bonn was covered in deep snow. Within three hours, police recorded about 30 snow-related accidents on Thursday. The gritter trucks often could not get through because of the many traffic jams.

The video below from WDR shows the traffic jams in NRW caused by the winter weather.

In Wuppertal, public transport, especially buses, had problems due to the weather conditions on Thursday, especially on hills. Meanwhile, the Bergisches Stadt zoo was closed to the public. Heavy snow and slippery paths on the steep slopes were too high a risk for visitors, the city announced. A woman walking in a snow storm in Cologne Thursday. Photo: DPA

However, it wasn't only in NRW that travellers had to deal with the winter weather. In Rhineland-Palatinate and Saarland snow and ice caused several problems and delays in the morning rush hour. There was also snow in the central state of Hesse.

Rhineland-Palatinate police reported 50 weather-related accidents in the area and urged drivers to be cautious. A tree lying on the road at Kordel, Rhineland-Palatinate. Photo: DPA

On Thursday, up to five centimeters of snow was likely to fall in total, the German Weather Service (DWD) said. Later on, forecasters said it would likely snow again overnight in many places, warning that snowflakes could turn to freezing rain, increasing the danger of slippery roads. 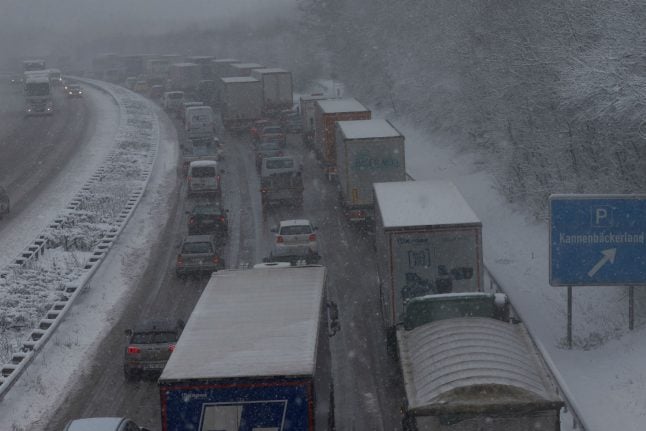 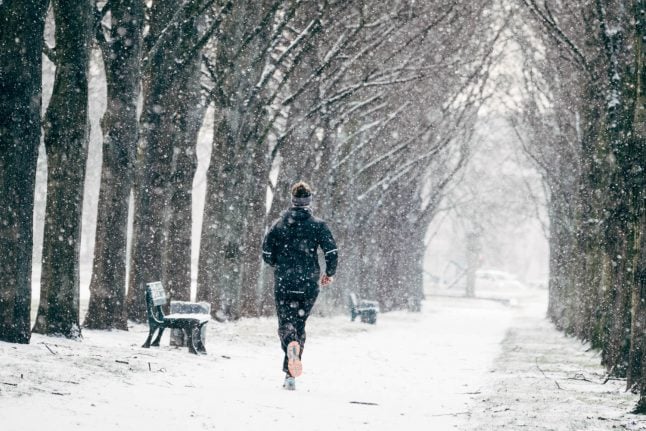 WEATHER
Readers’ tips: Your guide to getting through the German winter

WEATHER
Readers’ tips: Your guide to getting through the German winter
Url copied to clipboard!