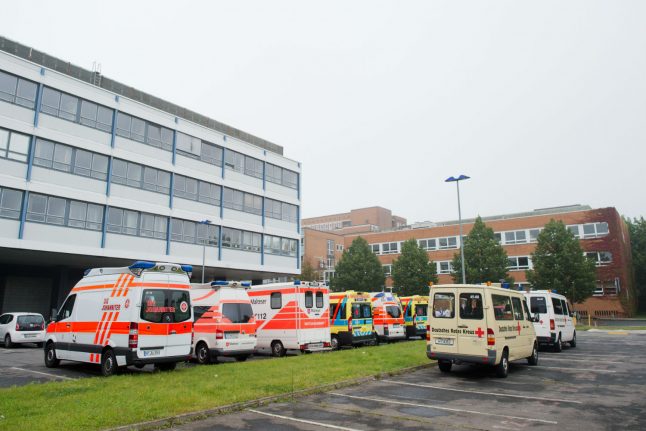 Prince Tahseen Said Ali died in the KRH Siloah hospital in Hanover at the
age of 85, according to the head of the Iraqi Kurdish region's head of Yazidi affairs, Khairi Buzani.

Born in 1933 in Iraq's northwest Sheikhan district, he was appointed head
of the Yazidis at age 11 after the death of his father, who was the previous
emir.

His son told local media that Prince Tahseen would be buried in the Kurdish region of northern Iraq.

The Yazidi faith emerged in Iran more than 4,000 years ago and is rooted in Zoroastrianism, over time integrating elements of Islam and Christianity.

With no holy book and organised into castes, Yazidis pray to God facing the sun and worship his seven angels – first and foremost Melek Taus, or Peacock Angel.

Of the world's 1.5 million Yazidis, around 550,000 were living in the
remote corners of northern Iraq where Prince Tahseen was born, and comprised the largest community before 2014.

Germany is home to the biggest Yazidi community abroad.

In 2014, the Islamic State group rampaged across northern Iraq and seized the Yazidi bastion of Sinjar, near the border with Syria.

IS fighters slaughtered thousands of Yazidi men and boys, then abducted
women and girls to be abused as “sex slaves”.

The brutal assault pushed around 360,000 Yazidis to flee to other parts of
Iraq, including the Kurdish region, in addition to another 100,000 who left
the country altogether.

The United Nations has said IS's actions could amount to genocide, and is investigating the jihadist group's atrocities across Iraq.

The Yazidi cause has found a powerful symbol in Nadia Murad, a former IS abductee from Sinjar who escaped and went on to win the Nobel Peace Prize for her activism against sexual violence.

Murad visited Iraq's Yazidi heartland of Sinjar last month, as well as Baghdad and the Kurdish regional capital of Erbil, to draw attention to the
plight of thousands of abducted Yazidi girls who are still missing.