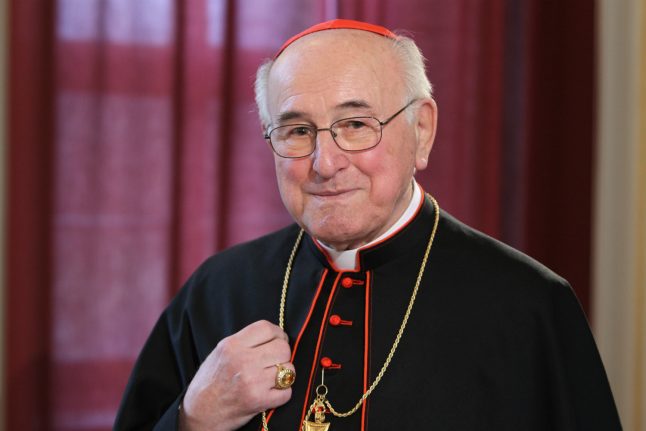 Cardinal Walter Brandmüller played down widespread evidence of sexual abuse of minors in the Catholic Church in an interview with news agency DPA on Friday.

Bradmüller said that public debate on the sexual abuse “forgets or silences the fact that 80 percent of the cases of sexual assault in the church affected male youths not children”. He added that it was “statistically proven” that there is a connection between homosexuality and sexual abuse.

In an impassioned defence of the Church’s record, Brandmüller claimed that “only a vanishingly small number” of priests has perpetrated abuse.

He also argued that society at large was “hypocritical” in its condemnation of sexual abuse by priests. “What has happened in the church is nothing other than what is happening in society as a whole,” he said.

The 89-year-old from the Bavarian town of Ansbach said that the deeper problem was a growing sexualization of society in recent decades, adding that “the real scandal is that the Catholic Church hasn’t distinguished itself from the rest of society”.

Condemnation of the cleric's comments wasn't long in arriving. Ulf Poschardt, editor of the conservative Die Welt newspaper, described it on Twitter as “a disgraceful way of relativizing the guilt of the Catholic church and defaming homosexuals”.

A report published last year found that 1,670 priests had abused 3,677 mostly male minors between the end of the Second World War and 2014. The researchers who conducted the study on behalf of the church said that the vow of celibacy aligned with the largely unchecked power of some religious leaders had exacerbated the problem.

Brandmüller is one of the fiercest critics of Pope Francis from the conservative wing of the priesthood inside the Vatican. He regularly lambasts the Pope for following a doctrine that is too close to mainstream modern morality and told DPA that Francis “isn’t the dear God.”