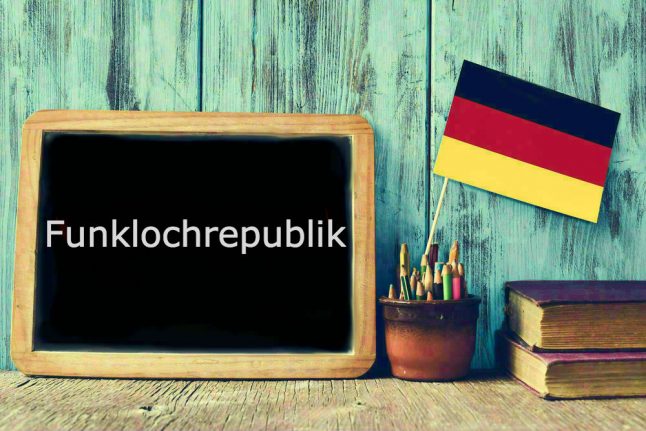 Since the country-wide German elections of 2017, digital infrastructure has been a top theme across the political spectrum. How can a country otherwise so technologically-advanced have huge gaps in mobile coverage?

This explains why the term Funklochrepublik snagged second place in a German word of the year competition, as decided by a panel of judges from the Society for the German Language (Gesellschaft für deutsche Sprache or GfdS) on Friday.

Roughly translated into “radio hole republic”, the term connotes dead zones in mobile coverage around the country. While there tends to be overall good 4G coverage in densely-populated German cities, it can be patchy or even non-existent in the countryside.

The German government continues to discuss bringing 5G coverage across Germany, but falters for a variety of reasons, including claiming that the top data transmission standard is too expensive.

It even falls behind in 4G coverage: “In a European comparison, Germany is on a par with a developing country in terms of 4G coverage – a comprehensive 5G coverage seems utopian,” wrote the conservative daily Welt last month.

In a recent column about the term Funklochrepublik, Spiegel Online wrote that: “The German digital infrastructure is the Berlin airport of the Internet,” referring to the notorious airport which was supposed to be finished in 2011 but it's completion date has been perpetually postponed.

Without a doubt, the term Funklochrepublik will be used much more in 2019 in German media and politics to describe how digital infrastructure is lacking – and if this can be overcome through current proposals from German Chancellor Angela Merkel and other top politicians.