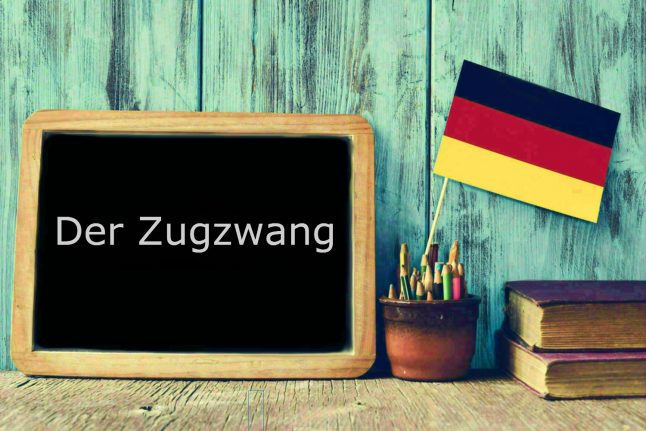 The compound noun is made up of Zug meaning ‘move' and Zwang which means 'compulsion', so Zugzwang means ‘compulsion to move', but also describes the feeling of being in a tight spot.

According to chess historian Edward Winter, the term has been used in German chess circles since the 19th century and it is now one of the most important chess terms.

Zugzwang is a situation when a player is caught between a rock and a hard place because it’s their turn to play, but all the available moves are bad.

Any move the player who is in Zugzwang plays will clearly weaken his position, but as there is no possibility to skip a move in chess the player must make a decision; being in Zugzwang can often decide the outcome of the game.

Zugzwang can also be used in general in German to describe a situation where someone is under intense pressure to make a difficult decision.

SEE ALSO: 9 words which perfectly sum up being in your 30s

to be put on the spot

to be in a tight spot

to put somebody on the spot

to be in a tight spot