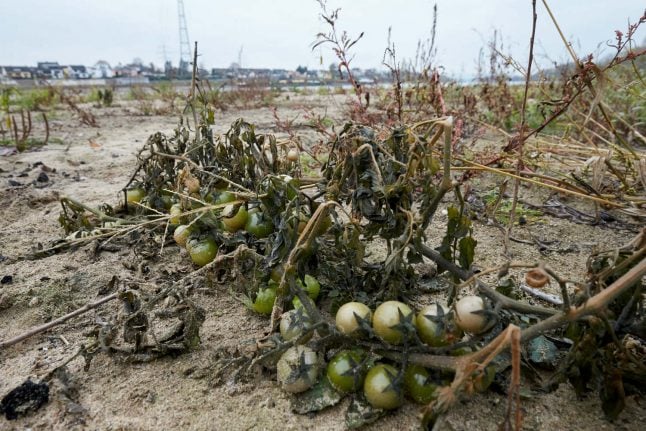 “The seeds probably come above all from sewage plants and kitchen rubbish from ships,” Andreas Sundermeier from the Federal Institute of Hydrology (BfG) in Koblens told DPA.

“The tomatoes become partly ripe. I have even harvested some from the groyne fields on the Lower Rhine,” said Sundermeier.

That there are also watermelons – which originally come from Africa – on the gravel banks, is “a totally new development,” he said.

These fruits have not, however, grown very big, said the trained geoecologist. More warm, dry summers could facilitate their propagation on the gravel banks.

In large rivers without barrages and in extremely low waters, annual plants also flourish, according to Sundermeier.

This includes places such as the middle and lower Rhine, the middle Elbe and Oder, as well as parts of the Danube. Plants can’t grow on banks thick with grass and weeds – Sundermeier named mudwort and red goosefoot as examples.

Annual plants produce seeds which, according to Sundermeier, survive in higher water levels of subsequent years and can then germinate. “Some of these plants can germinate even decades later,” said the geoecologist.