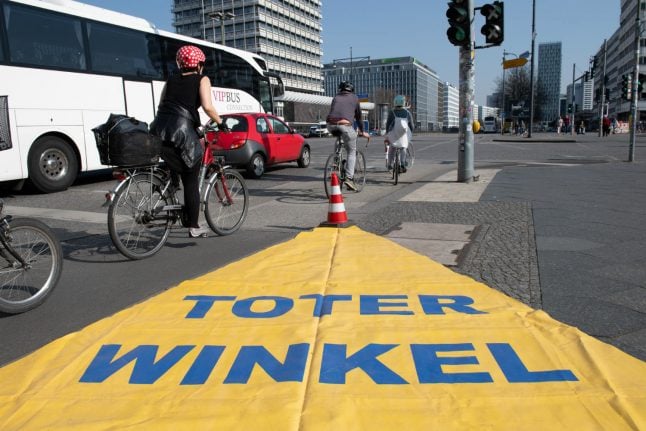 The so-called “bike flash system” will be set up at junctions in the town of Garbsen near Hanover. According to city authorities, the technology will make truck drivers aware that a cyclist is approaching as they turn right at a junction.

The system works through heat detection. A thermal sensor can detect cyclists and pedestrians at a distance of up to 40 metres. Four lights placed at different heights on a mast at the junction begin to flash if the sensor picks up heat.

While the system is primarily intended for truck drivers, the flashing lights will also be visible to cars.

Authorities chose the junction in Garbsen to be the location of Germany’s first ever such warning system due to the fact that an Amazon delivery depot is set to open nearby, meaning there will be a high level of haulage transport on the road.

“Politicians have been endlessly discussing the possibility of bringing in a turning assistant for trucks to help drivers spot cyclists in their blind spots, but the flash system offers an immediate measure,” town mayor Christian Grahl (CDU) told broadcaster NDR.

In 2017 a total of 382 cyclists dies in traffic accidents nationwide. Accidents that involve trucks are particularly likely to cause fatalities. Last year 76 cyclists died after being hit by a truck. In a third of all such collisions, a truck was turning at a junction.

SEE ALSO: Are road accidents on the rise in Germany?